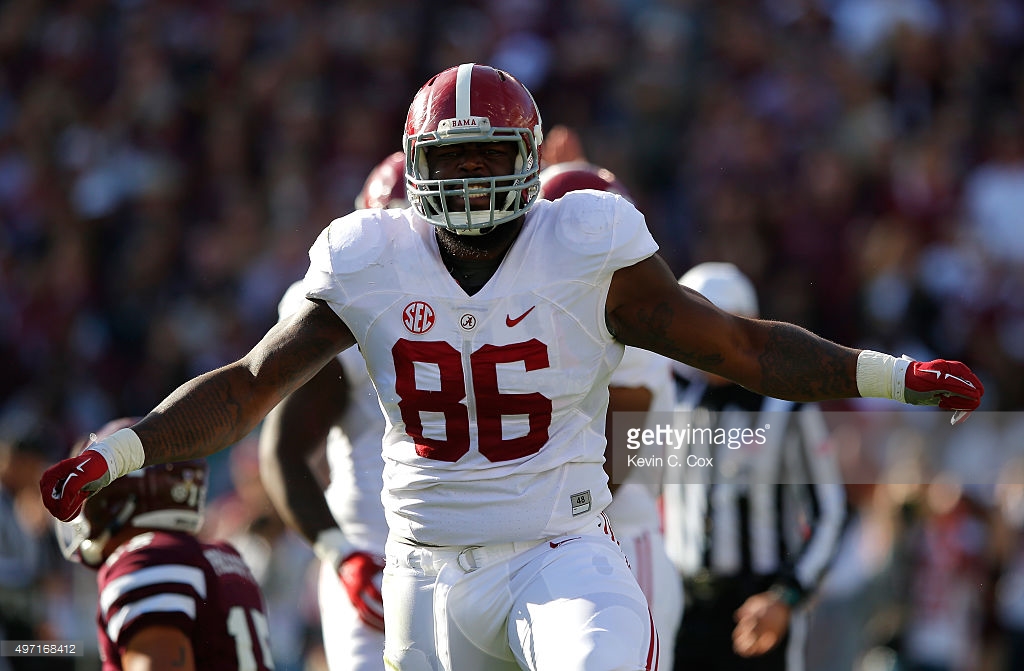 Another pre-draft visit name has trickled out. The Pittsburgh Steelers are reportedly set to bring in Alabama defensive end A’Shawn Robinson, per KDKA’s Richie Walsh.

I was told Alabama DT A'Shawn Robinson is on his way to Pittsburgh to meet with the Steelers. Robinson is a projected 1st rounder.

Robinson certainly looks the part standing in at 6’3/5 307 with 34 1/2 inch arms. His athleticism is not particularly special though, jumping 26 inches in the vertical and 8’10” in the broad. Declaring early as a junior, he racked up 22 TFL and 9 sacks in his Bama career. Though many in media circles aren’t fans of his game, he is only 20 years old and has room to grow.

He could very well be on the board when the Steelers decide on the 25th pick. Robinson is the first known defensive linemen to visit with the Steelers and is the 11th overall. Our Luc Polglaze will have a report on him in the next day or two.