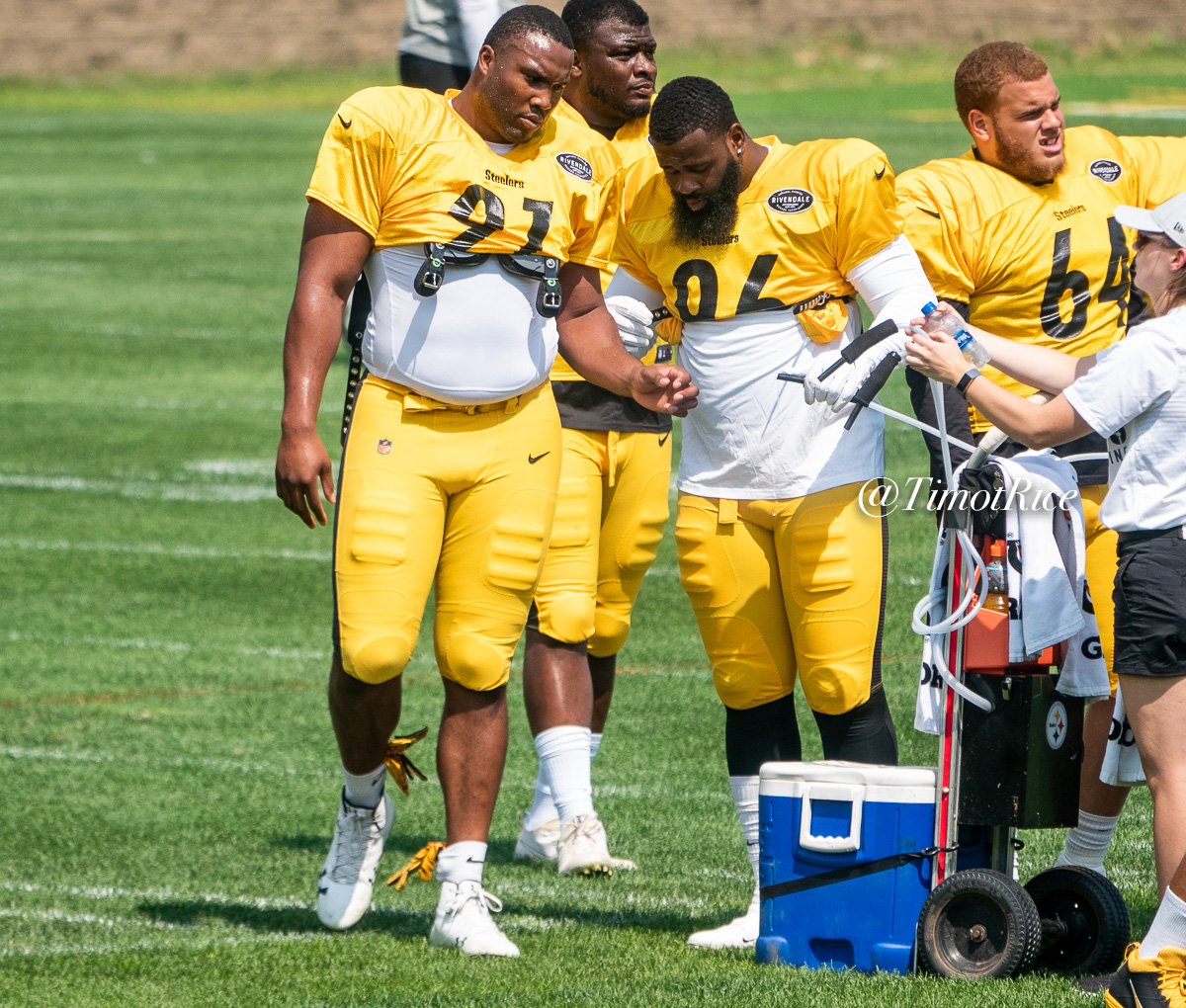 One of the downsides of being drafted to a team that is deep at your position with a veteran-laden group is that it makes it pretty difficult for you to get on the field. On the flip side, the benefit is that you get a room full of teachers, who are usually willing, if not eager, to take you under their wing.

That is the situation in which 2019 sixth-round pick Isaiah Buggs found himself when he first stepped into the Pittsburgh Steelers’ defensive line room. While it helped to see a familiar face in coach Karl Dunbar, who coached him during his junior year at Alabama, he was also welcomed by the likes of Cameron Heyward and Stephon Tuitt and Tyson Alualu.

“Learning from those guys that played in the league for a very long time give me motivation that I can be the same way”, he recently told Missi Matthews as part of a sit-down interview conducted for the Steelers’ website. “So just gaining the trust and respect of those guys was a big accomplishment”.

Granted, all the trust in the world would still not have resulted in actual playing time for himself last season were it not for Tuitt’s injury, because he was clearly entrenched in the number six defensive lineman role, which under normal circumstances will be a gameday inactive for a 3-4 defense.

That was the case for the first six weeks of the season, but he dressed for the final 10 games following Tuitt’s injury. That still resulted in only a relative handful of snaps, but the fact that he got those opportunities at all—more could have been given to Alualu, or even Daniel McCullers, for example—was an example of how he did manage to gain the trust of not just his coaches, but his peers.

While their pedigrees are very different, both Heyward and Tuitt came into similar situations. When Heyward was a rookie in 2011, he came into a defensive line room that was still spearheaded by Aaron Smith, Brett Keisel, and Casey Hampton, with even Ziggy Hood his senior. He sat on the bench for most of his first two seasons before earning a bigger role and eventually a starting job in year three.

By the time Tuitt was drafted, Smith and Hampton had retired. Keisel was nearly retired, but he returned for one more season in what was largely a reserve role, although he still was playing more snaps than the nominal starter opposite Heyward, which at the time was Cam Thomas. Tuitt was a rotational player for most of his rookie season, but moved into the starting lineup for the final four weeks after Keisel was injured.

Heyward and Tuitt have—when healthy—presented a dynamic two-man front for the Steelers’ base nickel defense since then, complemented by Javon Hargrave, drafted in 2016, and Alualu, who was signed as a veteran free agent in 2017. Buggs has had the opportunity to learn from all of them, which will hopefully prepare him for even more in 2020.