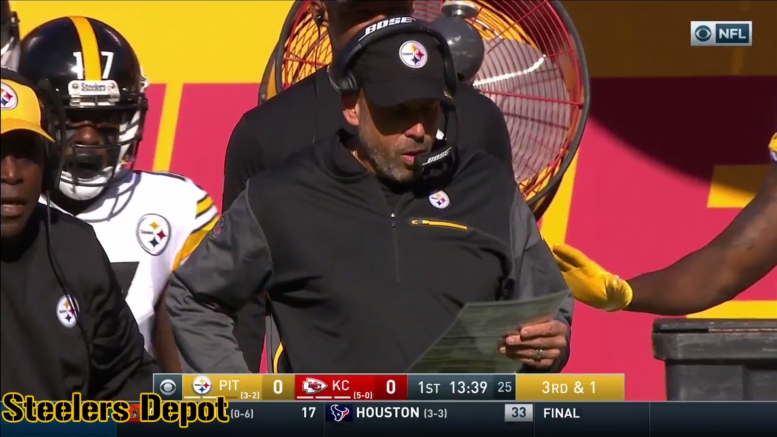 Former Pittsburgh Steelers’ offensive coordinator Todd Haley has found a new job. According to the Herald-Tribune, Haley’s accepted an offer to be the OC at Riverview High School in Florida.

And they got a former NFL head coach to do it.

Todd Haley, who served as the head coach of the Kansas City Chiefs from 2009 through 2011, will take over as the Rams offensive coordinator, a position held by Clark before he was hired recently as head coach at Cardinal Mooney High.”

According to the article, Haley has a home in the area and Rams’ head coach Josh Smithers asked him to watch film one day. Once their previous OC left to take a head coaching job elsewhere, Haley was asked to come onboard and after discussing it with his family, accepted the offer.

Haley served as the Steelers’ offensive coordinator from 2012 to 2017, replacing Bruce Arians. He helped transform Ben Roethlisberger from “Backyard Ben” to a pocket passer, which is arguably the only reason why Roethlisberger’s still playing today. Haley’s offenses were largely successful but his temper, off-field blips, and clashes in the organization led to the team parting ways with him.

“We were having some success when we made the change to Todd Haley,” Mike Tomlin said after the team announced his dismissal. “That is just the nature of our business. We had a great time, we had a great time deal of success. I appreciate the contributions that he provided us”.

From there, Haley was tabbed as the Cleveland Browns’ OC in 2018. That had disastrous results and Haley was fired mid-season, failing to find work since until now. He’s evidently also on Twitter now though with a new coaching gig, may take a break from social media for the time being.

Smithers said he’s thrilled to have a veteran NFL coach part of the program.

“He understands these are high school kids who go to school all day and you get them for a couple of hours versus people who do it for a job.

“He told me he’s excited just to teach quarterbacks how to read coverages and receivers how to run better routes.”