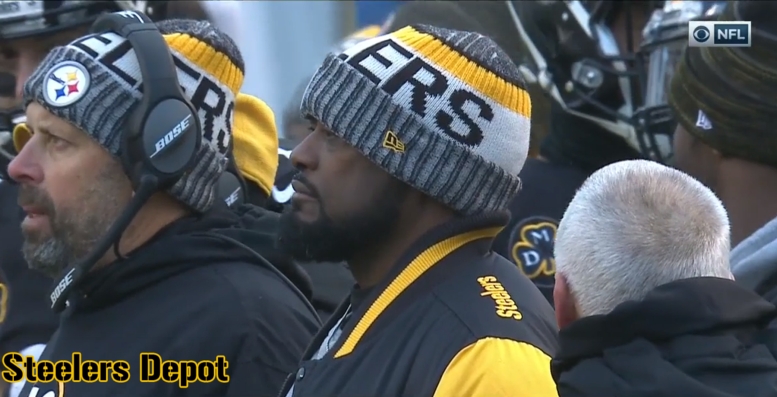 Considering the typically momentous change that comes with replacing a coordinator, there has not been a whole lot of conversation this offseason over the Pittsburgh Steelers’ decision to go in another direction at the offensive coordinator post.

With his contract expiring after six years with the team, the Steelers elected not to renew the contract of Todd Haley. And the reason that not much of a deal has been made about this change is because of the man replacing him, that being Randy Fichtner, an 11-year member of Mike Tomlin’s coaching staff.

Tomlin, currently at the Annual League Meeting, was asked about the decision to move on from Haley, telling the team’s website that “I just thought it was an appropriate time and equally as important, I thought I had the appropriate guy to assume the role”.

Fichtner has spent most of his career at the NFL level as the Steelers’ quarterbacks coach, working closely with Ben Roethlisberger, with whom it is commonly known that he has a great rapport. While position coach is the highest rank that he has held at this level, he was an offensive coordinator in the college ranks.

“We’ve just got to keep moving”, Tomlin said of the switch from Haley to Fichtner. “We were having some success when we made the change to Todd Haley. That is just the nature of our business. We had a great time, we had a great time deal of success. I appreciate the contributions that he provided us”.

As I have mentioned a handful of times while discussing Haley’s time in Pittsburgh, the Steelers have at least numerically been successful on offense. Four of the team’s top six scoring seasons in franchise history have come during his six years in Pittsburgh.

As encapsulated in last season’s struggles to score in the red zone—particularly egregious in the first half of the season, though it improved over time—however, it was clear that all was not perfect. Red-zone productivity is even one specific area that own Art Rooney II prioritized as an area of target for improvement this offseason.

Tomlin continued to highlight Fichtner’s value as a source of continuity as well as change, understanding that while he has great ties to both the players and the organization, and to the offensive system itself, he offers the opportunity to implement desired changes that will hopefully produce positive results.

Nothing that he said here is a revelation, of course. His actions already spoke to the words he would eventually use. The decision not to renew Haley’s contract made it clear he felt it was time to move on, and that Fichtner being in place helped make it possible. Still, this is the first time since the season ended we’ve heard directly from Tomlin, so it’s worth passing along.