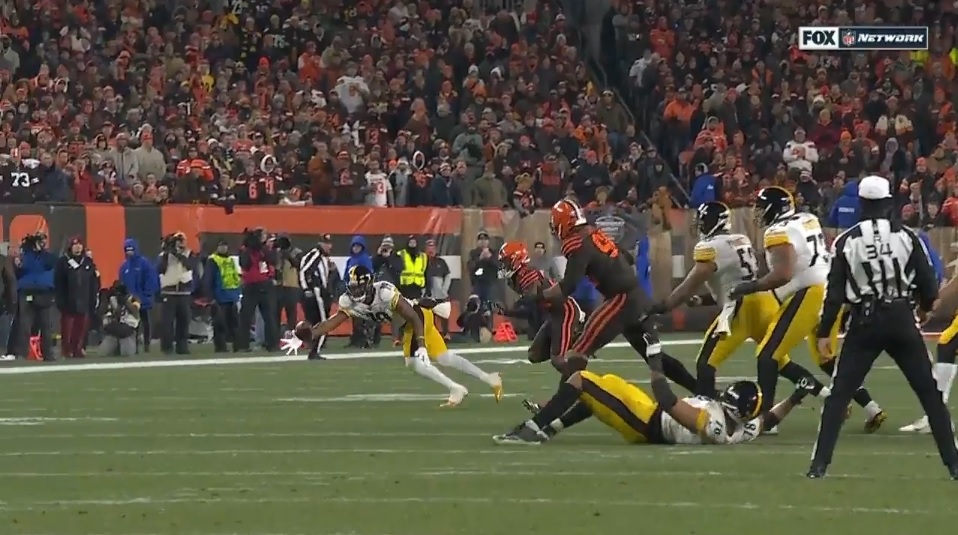 I’ll reiterate the title because it’s worth repeating. The Pittsburgh Steelers are the league’s worst short yardage team. That’s not opinion. That’s fact. Numbers based. They don’t lie. And when it comes to this offense, like most aspects of it, things ain’t pretty.

On the season, the Steelers have had 16 plays of 3rd/4th and 1. You would assume most teams are successful there. You’d be right. The Baltimore Ravens, for example, have converted 90% of the time (prior to this weekend) and the league average is 66.7%, two-thirds of the chances. Even teams who rank objectively poor, like the Cleveland Browns (who are 30th) are still at 47%.

The Steelers? Just 25%. Four first downs on 16 attempts. They’re finding themselves in the easiest situations to convert yet failing time and time again.

There’s still six games remaining, numbers can change, and we are dealing with admittedly small sample sizes. But if Pittsburgh stays on this pace, it’ll be a historically ugly figure.

Since Mike Tomlin took over as head coach in 2007, here are the NFL offenses who finished a year with a sub-50% conversion rate on 3rd and 4th and 1.

So Pittsburgh is on pace for a record low number and even if things get a bit better, they’ll still be the worst in the last decade. To avoid being the worst team in this area of Tomlin’s tenure, they’d need to convert on their next four attempts, climbing them up to 40%, just ahead of the ’07 Packers.

Let’s put a visual to it. Numbers are nice, let’s actually rewatch the failure (sorry). Here are the 12 third/fourth down stuffs with one yard to go.

As those clips show, there’s been breakdowns in the pass and run game. Seven of those failures were on the ground. Five through the air. They’re not running into brick walls over and over, they’re not getting pass happy and throwing against light boxes. They’ve tried everything. Nothing’s worked.

And don’t think the numbers are skewed since we’re only talking distances of just one yard. Expand the numbers out to 3rd/4th and short, two or three yards, and the Steelers aren’t any better. 31st in those conversions, 31.6%, six pickups on 19 attempts.

Here’s maybe the best way I can put things. This is the Steelers conversion rate on 3rd and 1-3 versus 3rd and 7+.

Pittsburgh is basically as successful on 3rd and long as they are on third and short. Horrendous and frankly, probably unheard of.

Why has this area been such an issue? Lack of a run game and lack of a scheme. Outside of Randy Fichtner’s shovel pass, which has mixed results, there aren’t many “go to” plays in these situations. And given the fact the Steelers can’t run the ball to save their lives, they’re in the middle of one of their worst rushing seasons ever, the offense is dead in the water. Even in the game’s most manageable situations.