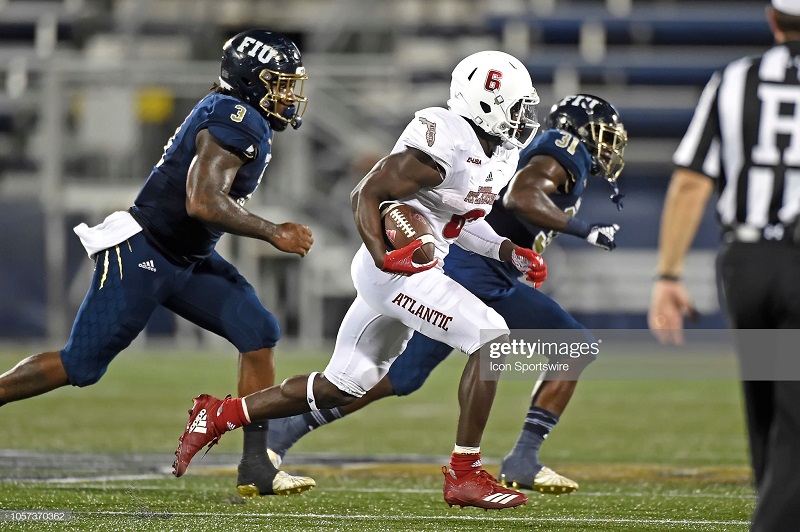 The Pittsburgh Steelers made a set of roster moves on Saturday that included a wide receiver and running back being signed to the 53-man roster.

Signed to the roster on Saturday were wide receiver Deon Cain and running back Kerrith Whyte Jr. To make room on the 53-man roster for Cain and Whyte, the Steelers waived outside linebacker Jayrone Elliott and running back Tony Brooks-James.

Cain, who was originally selected by the Indianapolis Colts in the sixth round (185th overall) of the 2018 NFL Draft, was recently waived by them and then re-signed to their practice squad. He played in seven games (three starts) for the Colts this season and caught four passes for 52 yards. As a rookie in 2018, Cain spent the entire season on the Colts’ Reserve/Injured list. He played his college football at Clemson

Whyte was drafted this year by the Chicago Bears in the seventh-round out of Florida Atlantic and failed to make their 53-man roster out of training camp. He was quickly signed to their practice squad and has been on that unit all season.

The Steelers will now have to have Cain and Whyte as paid 53-man roster members for at least the next three weeks with them both being signed off practices of other teams.

As for Elliott and Brook-James both being waived, the moves aren’t terribly surprising. Elliott was signed back again on Wednesday with outside linebacker Anthony Chickillo being injured and Brooks-James had been on the roster as a backup due to all the injuries the team has had at running back this season.

The #Steelers signed WR Deon Cain on Saturday and he was previously with the Colts. He had two targets in the Colts game versus the Steelers and one was dropped while the other was broken up. pic.twitter.com/faWIKuLV0e