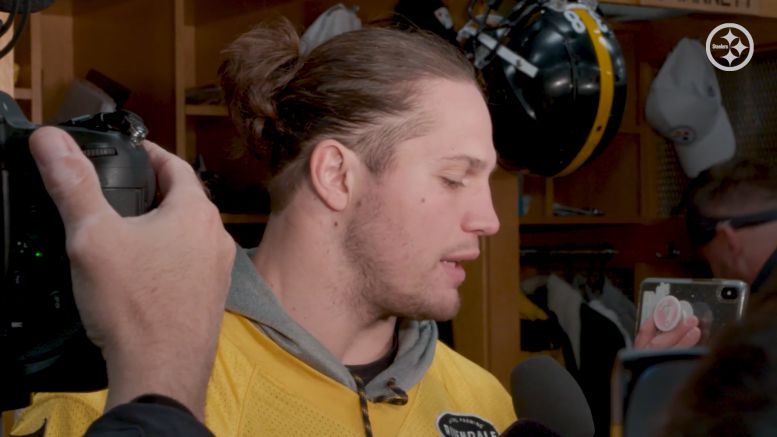 During the bye week, Pittsburgh Steelers veteran outside linebacker Anthony Chickillo was arrested and charged with assault following a public incident with his girlfriend. He posted bail, and then was placed on the Commissioner’s Exempt List.

Earlier this week, charges against both himself and his girlfriend were withdrawn as the two resolved their interpersonal issues, and shortly thereafter, he was activated from his exempt status, returning to practice. While it’s not clear as of yet whether or not Mike Tomlin will dress him—presumably, he will, given that they only have four outside linebackers on the roster—Chickillo spoke to reporters on Friday about the ordeal.

“I just want to acknowledge the situation has been a distraction for my teammates, the organization, and the fans. I apologize for that”, he told reporters, via Teresa Varley, writing for the team’s website. “I am grateful no charges from the legal system. I am hopeful moving forward with the NFL they find the same thing”.

While he is currently eligible to play, the league is presumably still investigating the matter, and as Steelers fans know well, the NFL is not obliged to adhere to legal practices as it pertains to decisions about handing out discipline. Perhaps unlikely, but it’s possible that he could be suspended under the Personal Conduct Policy.

He did say that Tomlin has been very supportive of him, and even while he was on the exempt list, teammates were expressing sadness over his situation, though it’s not clear if he had spoken to them by that time about the incident and had received an explanation from him about what exactly happened.

Whatever happened, exactly—a police report claimed that he threw his girlfriend to the ground at one point during an altercation following a disagreement—it at least appears as though the couple has put it behind them, and it was minor enough that, as mentioned, charges were withdrawn.

At the time of the incident, knowing little details, it wasn’t clear exactly what the future would hold for him, and if he had played his last down for the Steelers. Fast forward a couple weeks, and we could see him playing on Sunday, missing just one game.

Assuming that he returns to the field, he should be expected to resume his role as the number three outside linebacker, taking that job back from second-year Olasunkanmi Adeniyi, to serve as the top backup to both T.J. Watt and Bud Dupree.

After his placement on the Commissioner’s Exempt List, the Steelers re-signed Jayrone Elliott. Elliott was waived once again after he returned from his exempt status.