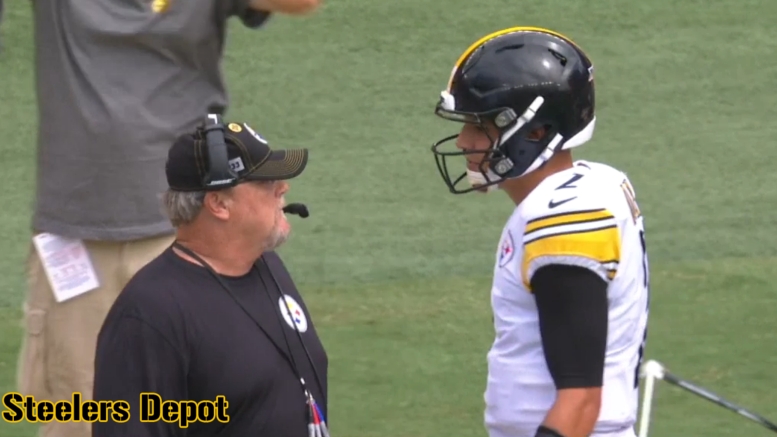 As we’ve done in the past, the keys to the Pittsburgh Steelers winning (or losing) tonight’s game. Three things that need to happen for them to end up on the right side of the score and vice versa for Week 5’s showdown with the Baltimore Ravens.

1. The defense wins the line of scrimmage.

Even in last week’s big win over the Cincinnati Bengals, the run defense still could’ve been better. It’s a unit that’s struggled this year and especially over the last three weeks. Few teams have a better run identity and personnel than the Baltimore Ravens who employ multiple tight ends, fullbacks, and of course, a mobile QB. It’s one reason why Baltimore’s third down offense has been among the league’s best. Their offensive line is much better than the Bengals, especially at tackle, and the Steelers’ front seven has to play as well in run defense as they have pass rushing. Cam Heyward on LG Bradley Bozeman is a matchup to exploit.

2. The corners can match up one-on-one.

This is a game where Steven Nelson and Joe Haden might not get much help. In trying to stop the run, Pittsburgh will need to load the box with an extra safety. Going to put the corners on an island as a result. Baltimore doesn’t have the game’s best receivers but they’re big play threats. Hollywood Brown, Willie Snead, and I can see Miles Boykin doing damage this week. Gotta play with good technique and stay in-phase.

It’s hard to play better than the Ravens’ specialists. Justin Tucker at kicker, Sam Koch at punter, they’re the best in the game. But the Steelers will need some splash of their own at those positions. Chris Boswell and Jordan Berry have gotten off to strong starts. Boswell is one of just four kickers not to miss while Berry is tied for the 6th best average in football. You can’t expect to win a field position war with Baltimore but you can win a couple battles. That might be enough.

This is the big one and why I’m picking the Steelers to lose. Rudolph is coming off a solid performance against the Bengals, there’s no debate about that, but he won’t be able to “hide,” as Tomlin said was the gameplan last week, this time around. Ravens are more talented and disguise/confuse as well as any team in the league.

So that means him being able to diagnose post-snap rotations and adjustments but also handling things pre-snap. Helping setting protections, identifying blitzers, and knowing where to go with the football. Even with the benefit of playing at home, it’s not easy.

I haven’t been as concerned or critical of Washington’s slow start as others, understanding the framework and current state of the offense and how it doesn’t mesh well with Washington’s skillset. But the Steelers won’t use the Wildcat like last week and someone is going to have to make a big play. With JuJu Smith-Schuster dealing with a toe injury and a tough matchup in CB Marlon Humphrey, someone’s gotta step up. Diontae Johnson has made some plays but this is the week for Washington to come through.

And for the record, I don’t think this will be a big issue. Butler hinted earlier this week they’re going to mix in more zone against the Ravens. Which is smart. Play man defense versus an athletic quarterback and you won’t have eyes on the ball when he breaks the pocket or crosses the line of scrimmage. Zone will help solve those issues.

Keeping contain is obviously critical. The outside linebackers may have to play more conservatively this week, they have tough matchups in OTs Ronnie Stanley and Orlando Brown Jr. and let the interior d-line penetrate and collapse the pocket while Butler plays zone behind. That’d be my gameplan, anyway.