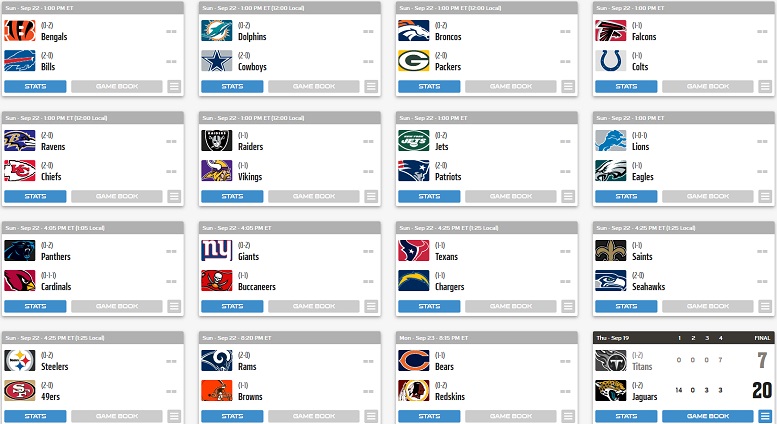 With the Pittsburgh Steelers playing later on today, we’ll have a chance to sit back and watch the early games in this Week 3 of the NFL season. As previously noted, most of us will be doing a lot of scoreboard watching today and we invite you to watch along with us and chime in below in the comments.

I will try to add a few highlights from several of the other games in this post before posting a little more about the Steelers late afternoon game against the San Francisco 49ers.

Make sure to check back for our weekly live Steelers game blog that Matthew Marczi will be getting started about 45 minutes before kickoff.

I have been notified about the endless ad stream at the bottom that seems to make it hard to get to the comments and efforts are underway to solve this problem. In the meantime, it’s a perfect time to remind everyone that we have an ad-free version of the site that’s available for $25 for a full year and you would be helping out yourself and us in going that route. Many, many readers of the site have gone this route.