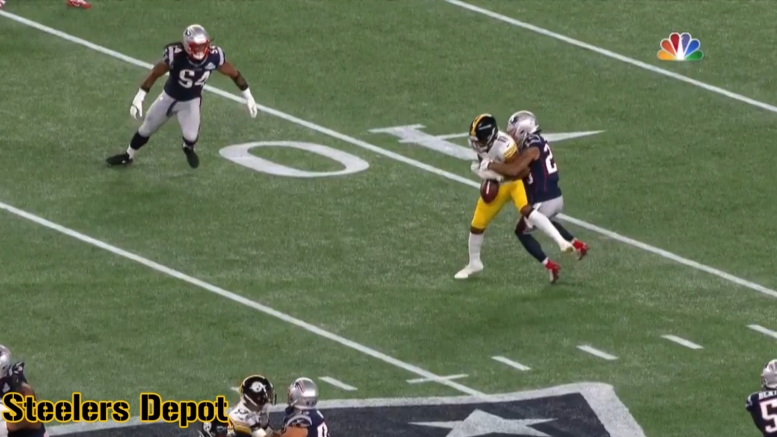 The Pittsburgh Steelers will play the San Francisco 49ers later Sunday afternoon and while the team won’t be releasing their list of seven inactive players for that contest until 90 minutes before it kicks off, veteran wide receiver Donte Moncrief will reportedly be one of the players on the list.

According to Mike Garafolo of the NFL Network Sunday morning, Moncrief will be one of the Steelers inactive players for Sunday’s game against the 49ers.

Ooooh boy. @MikeGarafolo reports that #Steelers WR Donte Moncrief will be inactive this week after a rough last week. A full youth movement in Pittsburgh.

Moncrief has struggled quite a bit in the Steelers first two regular season games of 2019 as he has five drops and jut three receptions for 7 yards on 11 total targets He only has 7 yards on 3 catches.

The Steelers currently have six wide receivers on their 53-man roster so if indeed Moncrief winds up being inactive for Sunday’s game, the team will have JuJu Smith-Schuster, Diontae Johnson, James Washington, Ryan Switzer and Johnny Holton all in uniform. Johnson is expected to start at the X position against the 49ers in place of Moncrief.

It will be interesting to see which player winds up dressing against the 49ers should Moncrief be inactive. The Steelers have three players ruled out with injuries for Sunday in fullback Roosevelt Nix, inside linebacker Vince Williams and outside linebacker Anthony Chickillo. Rookies Isaiah Buggs and Fred Johnson are also expected to be inactive again on Sunday. That leaves rookie Justin Layne or second-year tackle Chukwuma Okorafor as the perfect candidates to dress Sunday should Moncrief indeed wind up being inactive.

here is the report on the #Steelers wide receivers & Moncrief poised to be inactive pic.twitter.com/4dQ3jlOGDU