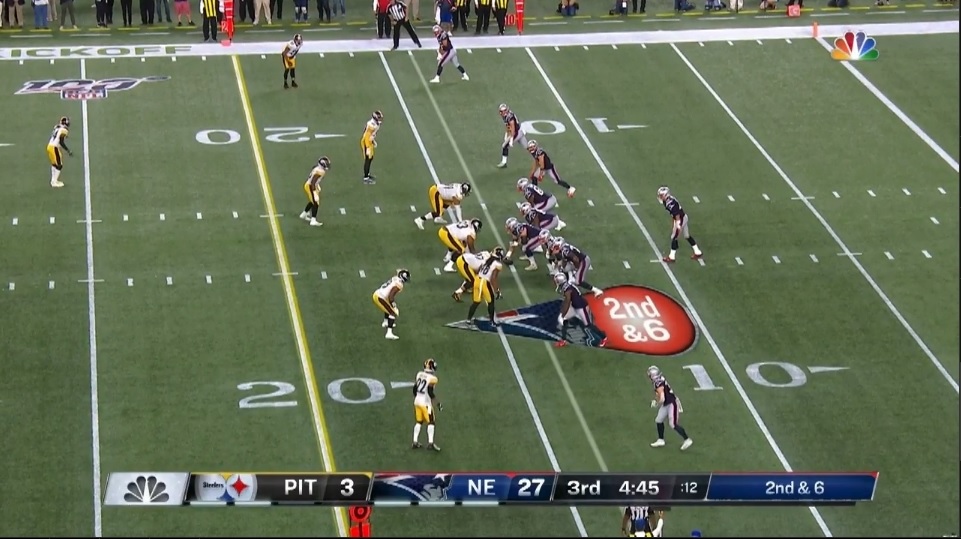 I really, really wish I didn’t have to write this article. It’s not the first time. But as long as it’s an issue, and long story short, it still is, we’re going to keep talking about it.

The Pittsburgh Steelers’ defense has no answer when opposing offenses use empty sets. They proved it again versus the New England Patriots.

To be fair to Keith Butler and company, empty is hard to stop. Defending the entire field, horizontally and vertically, and trying to win all five matchups in an era tailored to the passing game. I can’t imagine any defense does well against empty. But I don’t think anyone performs worse than Pittsburgh.

Why? Their answers are terrible. Players simply aren’t in position to succeed. We know the unfortunately recurring theme last season was linebackers on receivers. And if you think that went away during the offseason, you’d be wrong. It was back again versus the Pats, who tested to see how the Steelers’ defense would respond. And they were outschemed and outmatched.

Let’s look at the tape. Butler is trying to hide his matchups against empty and I understand that’s tough to do. If a running back splits out wide and covered by a cornerback, it’s probably zone coverage. If it’s a linebacker on him, it’s probably man. So you want to, and I’ve written about this before, use tendency breakers to mix up when you get man or zone.

But there’s a risk to that too. Take such an approach and players will be put in tough matchups. That’s what happened. Late in the 3rd quarter, New England repeatedly came out in empty with their backs split out wide and their receivers in the slot.

How did the Steelers respond? 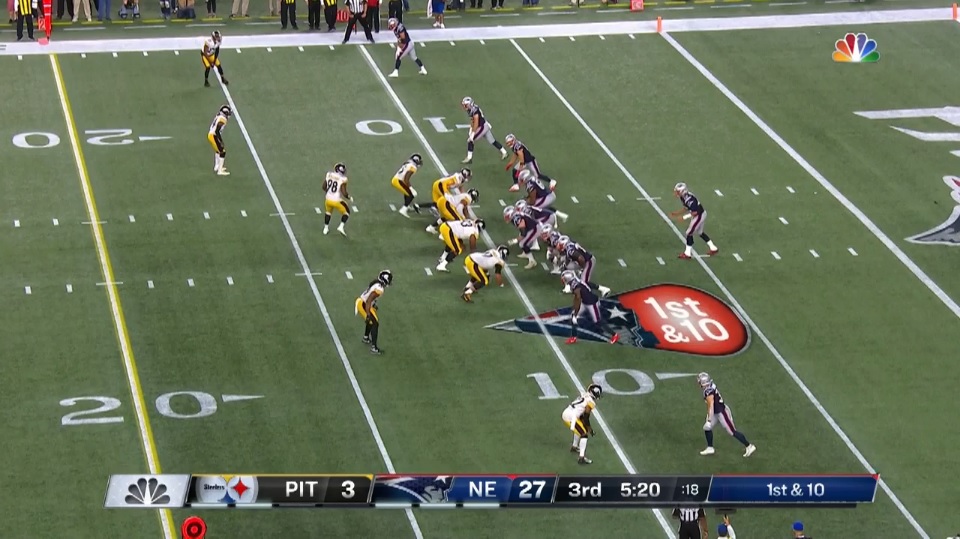 It’s man coverage. So here are the matchups.

Let’s recap. Both cornerbacks are on running backs/fullbacks, the safety on the tight end, while both linebackers are on receivers. Or in other words, the exact opposite of what you want.

This play ends innocently enough. TJ Watt and Devin Bush converge on Brady and he’s somehow able to get the pass off complete to Williams. Williams halfheartedly throws his hands in the air, either wondering how Brady completed the pass or why he’s covering Julian Edelman in the first place.

It’s a four yard gain but on the next snap, the Patriots line up the exact same way. They know the look they’re getting and they want to do it again. Same matchups.

Steelers running 2 Man and Vince Williams is forced to try and run with Josh Gordon down the seam. An obviously terrible matchup and he gets beat over the middle of the field. Terrell Edmunds can’t separate player from ball. It’s a 44 yard completion to Gordon.

If this looks familiar, it should. We wrote about this after Week 2 last year, an article entitled “Keith Butler’s Defense Is Terrifyingly Predictable.” Against the Kansas City Chiefs, TJ Watt twice matched up on WR Sammy Watkins against empty. And KC ran the same play the Patriots showed above. Backs on one-step screens to hold the corner,s receivers down the seam to take advantage of their matchups on linebackers. This should’ve been a touchdown had Patrick Mahomes not overthrown him.

All the Pats are doing is following that blueprint. See if the Steelers have adjusted and if they haven’t, hit them with the same thing.

Again, it’s important to stress defending empty isn’t easy. Getting the right matchups all the time is hard. But we can look to the Patriots at how they deal with it. Unsurprisingly, they are much better at it.

On the next drive, Pittsburgh opens up in empty. Initially, ILB Ja’Whaun Bentley is aligned on TE Vance McDonald. Not the worst matchup, better than a receiver, but far from ideal. How do the Pats handle that? The safeties point it out, communicate it, and move Bentley off McDonald to cover RB Jaylen Samuels instead. SS Patrick Chung rolls to McDonald.

So here are the Patriots’ matchups. 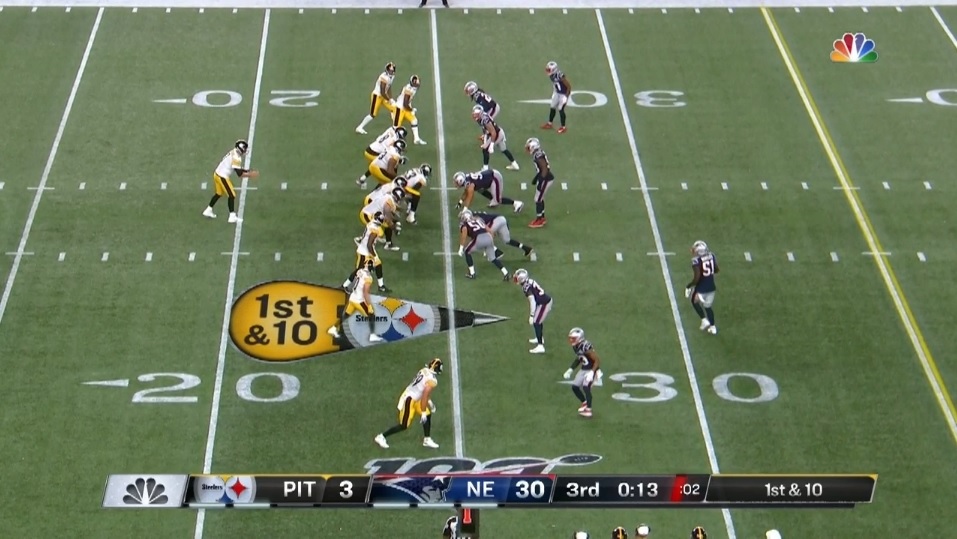 Looks a lot smarter, doesn’t it?

And here you can see them communicate and problem solve on the fly. Look how quickly they problem solve. Issue identified, communicated, and addressed. All in a matter of about three seconds.

I’d love to be able to tell you I learned something here, even if it’s something negative. But this is merely a continuation of what this defense has done for years and there’s seemingly been no changes made. And until there are, teams – good ones, anyway – are going to spread the field out.

You don’t need the best group of receivers either. This isn’t five receivers on the field. Go heavy, put out tight ends and running backs, and simply align your receivers in the slot. Easy money against this unit. Much of the blame falling on the coaches for asking their linebackers to run with these guys, an impossible task.