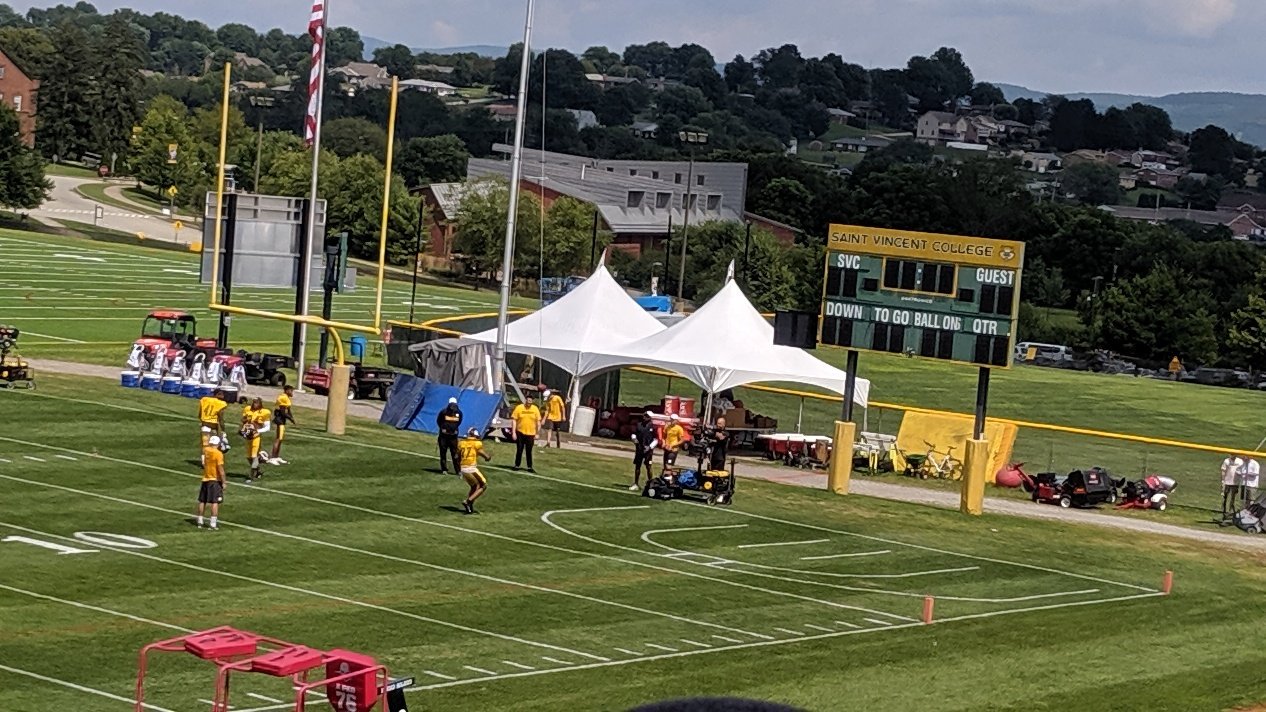 The Pittsburgh Steelers 2018 defense only managed to record 15 total turnovers. Had that unit registered a few more, and especially in the 6 games that the team lost last season, the Steelers likely would’ve made the playoffs. Of the 15 total turnovers that the Steelers defense did record last season, only 8 were interceptions, a ghastly low number. That number, however, could have easily been much higher had several potential interceptions not been dropped by members of the secondary.

During a Wednesday media session ahead of the team’s fifth training camp practice of 2019, second-year safety Terrell Edmunds, the team’s first-round draft pick last year, talked about how he hopes to make a big jump in his second season and that his main focus is not to miss assignments this season and make no mental errors. Edmunds was then asked if he thinks him achieving those goals this season will ultimately lead to him making more plays than he did during his rookie season and potentially him recording more turnovers.

“Yes, but the number one key of getting the ball back is catching the balls that come to you,” Edmunds said. “If you just picture last year, I know all of you guys watch film, just look back last year, we had a lot of balls that came to us that we just dropped or we didn’t make the play on it. So if we would have made those plays, nobody would be talking about we need to make more interceptions, or anything like that. We just got to make the plays that come to us.”

In an effort to ensure the Steelers secondary doesn’t have a repeat of a high number of dropped interceptions in 2019, Edmunds said Wednesday that his defensive back teammates are focusing on using one particular piece of equipment more during this year’s training camp. That piece of equipment being the JUGS machine.

“As you can see before practice and after practice, we’re on the JUGS now just trying to make sure we always get comfortable catching the ball,” Edmunds said Wednesday. “So that’s our main focus.”

So, was a heavy use of the JUGS machine something the members of the Steelers secondary didn’t necessarily do last year, or are they just using it even more this year?

“Personally, I was on the JUGS machine, but it wasn’t like something mandatory and now it’s something mandatory that we all do,” Edmunds revealed. “It’s just we’re all holding each other to that standard and that’s just something known in the room now, in the D-Back room.”

All of the above said, Edmunds still doesn’t believe the lack of turnovers was the biggest issue with the Steelers defense. It was one of the issues, however, in his opinion.

Through the Steelers first four training camp practices of 2019 it’s seemed to several regular attendees as if the defense has made a fair share of interceptions. A lot of those, however, have reportedly come after passes that were initially tipped. Because of that, Edmunds was asked if there’s more of a focus by the Steelers secondary this offseason to at least attempt to get a hand on the football in hopes that a tipped pass will wind up being intercepted by a different player.

“Tips and overthrows, those gotta be our plays, too, because if they overthrow it, we’ve got to run to the ball and go get it,” Edmunds said. “That’s a big emphasis, too. That was an emphasis last year as well, just run to the ball. Everybody tried to make a play on the ball the best way you can. Even if the ball’s on the ground, scoop it up because you never know what they may call. So, just always running to the ball, always being around the ball, just getting comfortable with having a ball in your hands.”

We’ll see how the heavier and more dedicated use of the JUGS machine by the members of the Steelers secondary during training camp this year ultimately plays out during the regular season. If it results in the secondary at least doubling the 8 interceptions the 2018 defense recorded, perhaps the organization should consider buying each defensive back their own personal JUGS machine in future years.

Marcus Allen on the JUGs machine before practice. All the DBs get on there prior to and after. Steelers dropped more picks than any team in 2018. #Steelers pic.twitter.com/v3zb8Ck8Gu