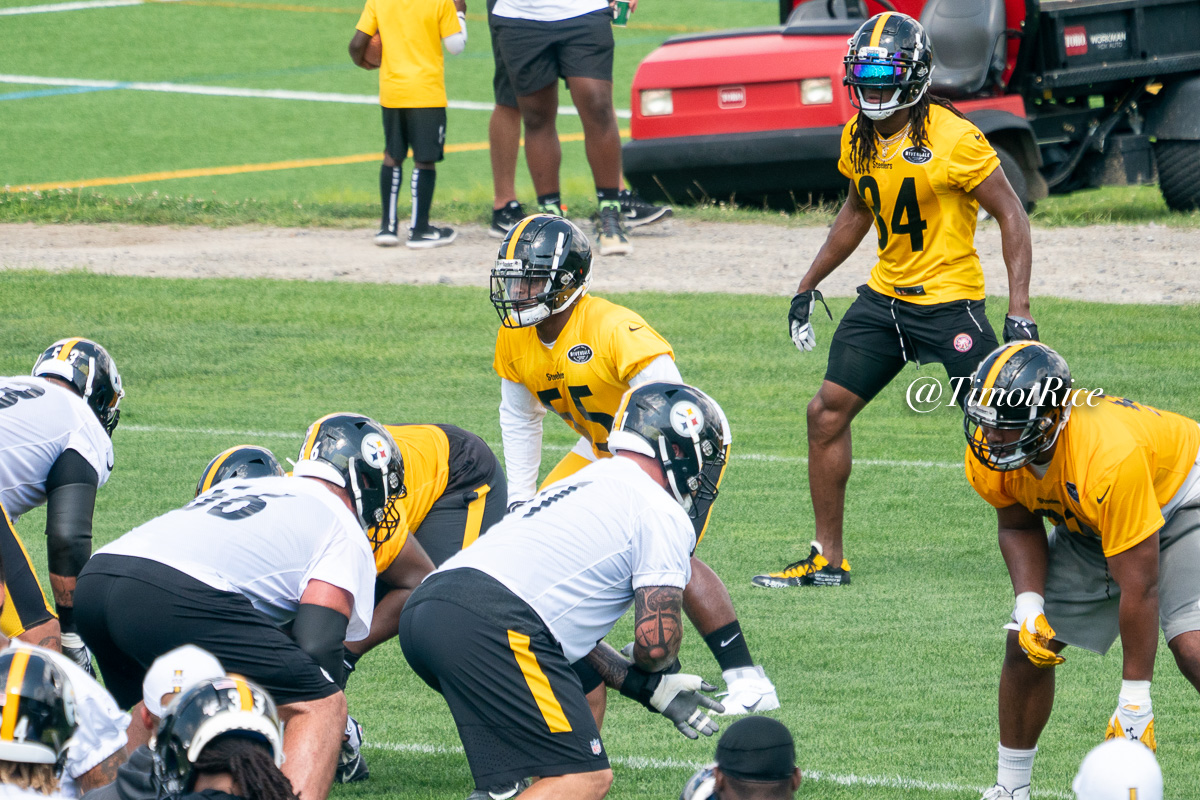 The Pittsburgh Steelers have a good problem at inside linebacker. Three talented players for two, and sometimes, one spot. How are they going to get Devin Bush, Mark Barron, and Vince Williams on the field? Sunday provided the answer.

Based on our charting, here is when all three played against the Tennessee Titans.

Pretty clear rotation here. Williams used strictly in their base 3-4, Barron and Bush the nickel pairing, with Bush remaining on the field in dime. Perhaps some sort of split in their base between Bush and Barron but Bush figures to dominate those snaps sooner rather than later.

None of this is a shock. On paper, it plays to their strengths. Williams strong against the run, Barron and Bush better and more flexible athletes. Bush your best athlete, every down player, and of course, trading up for him is a solid incentive to play him as much as possible.

This group remains malleable too. If/when an injury happens, they can still make it work. Williams can play in nickel, Barron in base, whatever is needed, the Steelers should have an answer for. Having those “answers” was a top two issue this defense faced last year, not inducing turnovers is the other, and something that’s hopefully fixed in 2019.

Last year, we’re talking about Williams being the every-down player and hoping Jon Bostic wouldn’t fall on his face, a plan that failed miserably. It’s a total 180 and transformation made in just one season. An obvious problem that needed solving but kudos to the front office for addressing it swiftly and moves that had real teeth. Making a larger free agency splash than usual in signing Barron and making an aggressive move to trade up for Bush.

It’s part of the defense’s revival and why there’s legitimate optimism for this unit.