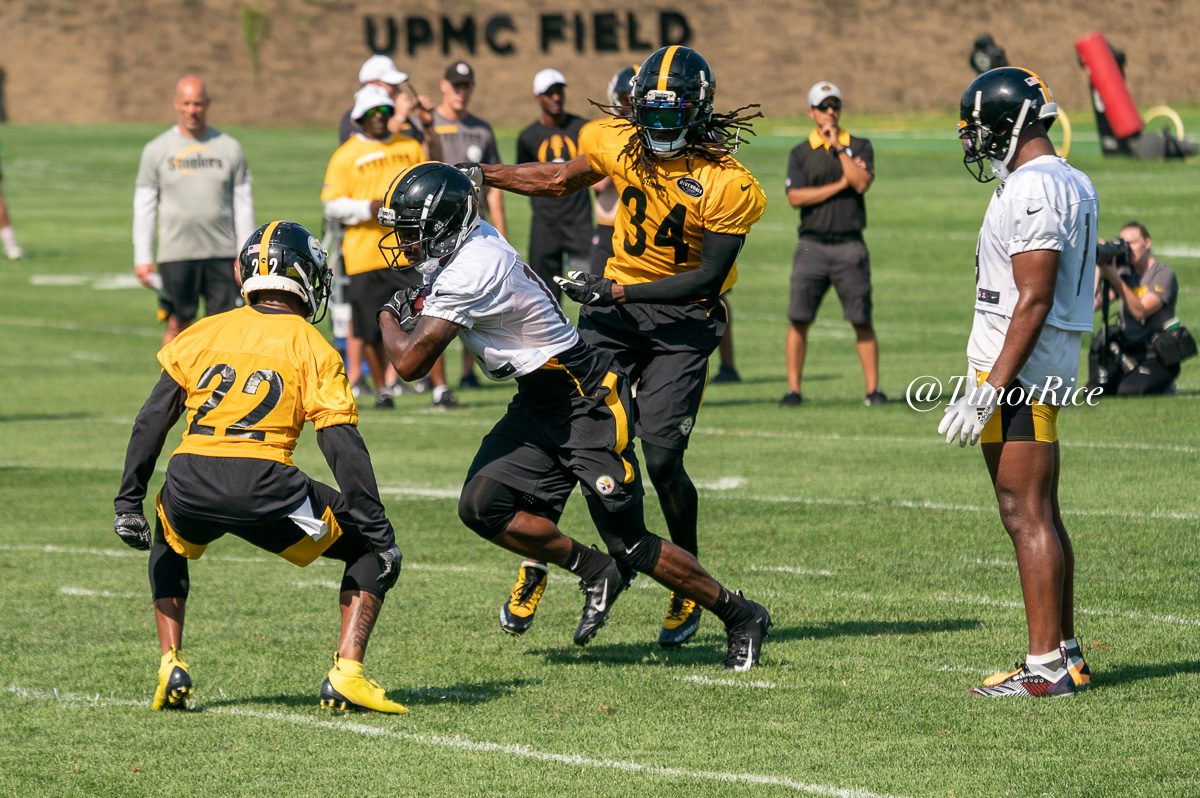 The more position flexible players an NFL team can have, the better. This certainly isn’t a groundbreaking concept and especially when it comes to the Pittsburgh Steelers as they have forever preached the value of having players that can play more than just one position.

This year’s Steelers defense hopes to have even more position flexible players included in it than they had last year and especially in their secondary thanks in part to the offseason addition of cornerback Steven Nelson via free agency. Steelers defensive coordinator Keith Butler even said as much in a recent interview with the Pittsburgh Tribune-Review.

“Well we knew him last year, we saw him when he was with Kansas City so we’re hoping that our DBs are versatile in that they’re just not playing one position,” Butler said when asked to comment on what he’s gleaned so far from watching Nelson this entire offseason. “We hope he can play several different positions because we’re going to have to do that during the season. A lot of times, because of injuries and stuff like that, you can’t just be able to play corner outside. Maybe he can play inside. We think he can and play in some of the nickel sometimes. So, we’re doing that with all of our guys back there.”

Butler isn’t only looking at Nelson as possibly being the only position flexible player in the Steelers this upcoming season, however. As usual, he’s hoping the team’s safeties can be as well.

“You know the safeties, what they play, the position that they play, it matters, it makes a big difference for us,” Butler told the media outlet this week. “Because most quarterbacks like Tom Brady try to pigeonhole different safeties as to what they play, you know, a post safety, as opposed to coming down in a box, and stuff like that. So, if they can do that, then they can pretty much read what we’re doing and stuff like that so we gotta be able to be a little bit versatile in that.”

One of those two safeties this season that Butler hopes can be more position flexible in 2019 will be Terrell Edmunds, the team’s 2018 first-round draft, who played the second-most defensive snaps for the Steelers in his rookie season. During his recent interview, Butler was asked if he thinks Edmunds might can become more difficult to pigeonhole in his second season than he was last year.

“He’s getting there,” Butler said of Edmunds. “You know, he’s had a lot of good things. For him, you know he played so many plays last year and you can really come back from a year like he had last year and benefit from it and I think he has. So hopefully he’ll be a lot better than he was last year.”

The Steelers other starting safety, Sean Davis, is now entering his second season more experienced as a deep player. In his first three seasons in the NFL with the Steelers, Davis has played multiple positions in the team’s defense and that includes seeing some time as a slot cornerback during his rookie season.

Additionally, Steelers third-year cornerback Cameron Sutton will more than likely be asked to prove his position flexibility quite a bit during the 2019 season as well and especially in some sub packages as he seems to currently be in the lead to play as an extra dime defender in addition to being the backup at every cornerback position, both outside and inside.

While he’s not a lock just yet to make the Steelers 53-man roster this year, defensive back Kameron Kelly, who was signed during the offseason after a good showing in the AAF, is yet another player that could ultimately see some time in the defense during the 2019 season due to his perceived position flexibility. Kelly has seemingly been the Steelers backup free safety throughout the offseason, so odds are currently good he’ll ultimately make the team’s 53-man roster.

So, will the Steelers defense being able to show enough position flexibility in their secondary to prevent New England Patriots quarterback Tom Brady from being able to pigeonhole certain players in it this season? We’ll find out the answer to that question soon as the Steelers will open their 2019 regular season against Brady and the Patriots in a little more than three weeks from now. That game will be a great test for the Steelers defense and especially when it comes to their secondary’s position flexibility.