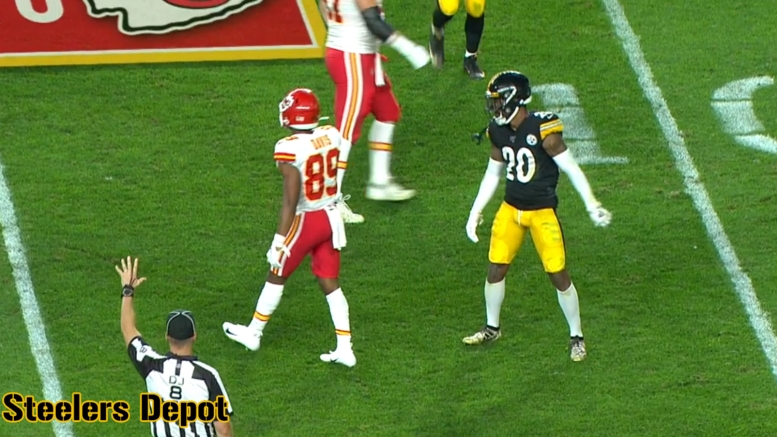 Entering the post-draft phase of the offseason, it wasn’t apparent what role there would be for third-year cornerback Cameron Sutton. There wasn’t even an absolute certainly that he would be on the 53-man roster when all was said and done. Several months later, I’m not sure that there’s one clear role for him, but there’s no doubt he will be with the Pittsburgh Steelers and dressing on Sundays.

The 2017 third-round draft pick had a very strong training camp and has played well in the first two preseason games. ESPN recently did a ‘training camp MVP’ series in which beat writers for each team awarded the distinction to one player, and Jeremy Fowler elected Sutton as the Steelers’ training camp MVP, though he also gave a nod to Olasunkanmi Adeniyi.

The third-year player is finally putting it all together, registering several interceptions during training camp. He was always a smart player but didn’t make enough plays in his second year. Now he is making them and looks comfortable in the scheme. Linebacker Olasunkanmi Adeniyi is also a candidate for his improved pass rush, but he got hurt late in camp and his preseason outlook is in question.

Sutton has played every cornerback position in-game over the course of his first two seasons, including starts at both left and right outside cornerback and also seeing time in the slot and as the dime defender. There is no starting role up for grabs with Joe Haden and Steven Nelson in place, but he may figure in an assortment of roles along the way, including as the primary dimebacker.

Back in 2011, the Steelers did mix and match their personnel more. When they broke out their dime defense, they determined who would be on the field—cornerback Cortez Allen or safety Ryan Mundy—based on offensive personnel.

It looks as though they are heading back in that direction this year, with an array of players able to play at multiple spots. Sutton can play anywhere. Hilton can line up at safety. Kameron Kelly can play safety and in the slot. Nelson can play inside and outside.

Expect a lot of mixing and matching going and, and for Sutton to be one of the key pieces in that. The only real question is whether or not he can beat out Artie Burns to serve as the top backup for the outside cornerback positions, though currently it looks as though he is behind in that battle. Burns started on Saturday alongside Nelson.

Still, it feels as though the team is going to find ways to get him on the field in different packages, serving in different roles, perhaps even at safety. And if there are injuries, he could step right up and fill in just about anywhere.