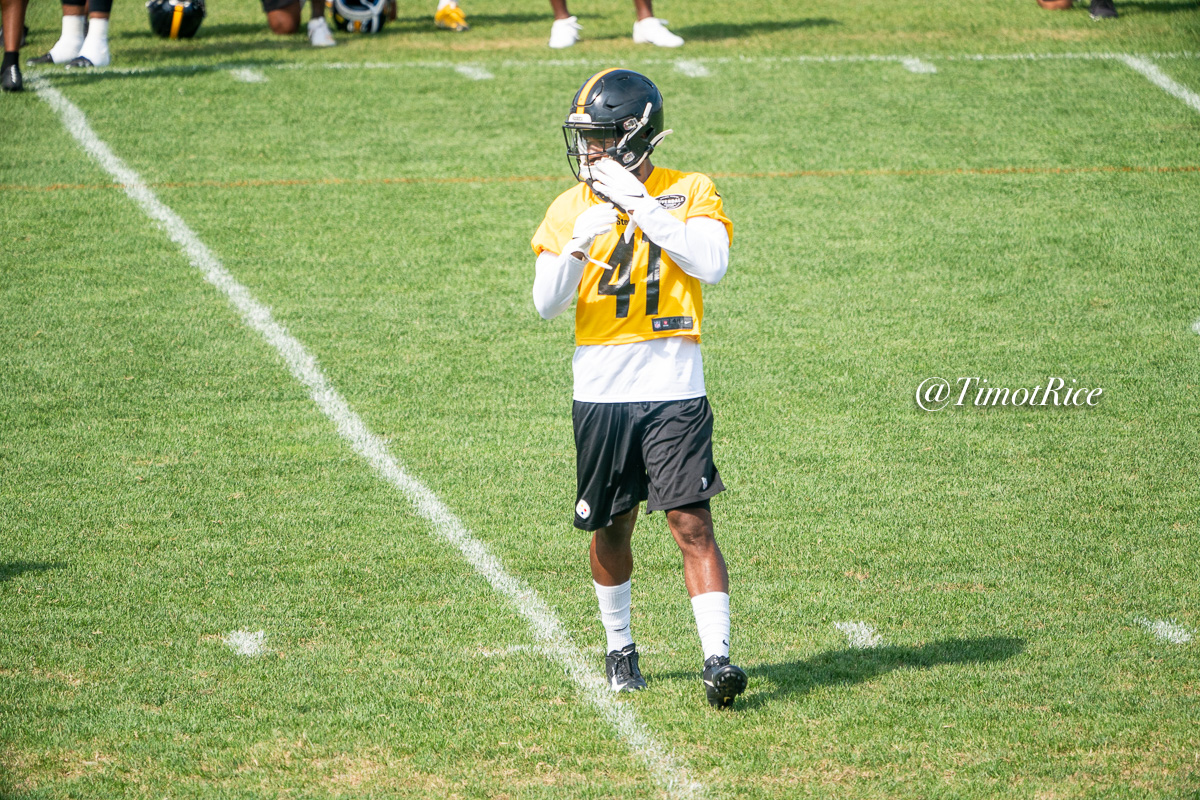 Topic Statement: At least one undrafted rookie free agent will make the 53-man roster this season.

Explanation:  One measure of the quality of a team’s scouting abilities is how frequently and how many rookie undrafted free agents can make their roster. Priority signings can be like bonus draft picks. It’s not at all uncommon for undrafted players to become starters, but the Steelers haven’t had as much success finding them lately.

There may only be one who makes it, but if there is any, it will be Florida product Fred Johnson, the massive, 6’7” rookie guard. Johnson is one of three college free agent linemen signed after the draft or rookie minicamp, but he has been the standout of the group. He has consistently worked with the second-team group, including over Derwin Gray, and they have recently taken to stretching him out in terms of versatility.

There are others with a chance, if more distant, including the teammate of last year’s keeper, Ola Adeniyi. That would be Tuzar Skipper, who has also flashed off the edge and can challenge draft pick Sutton Smith. And we can’t forget about the specialists, punter Ian Berryman and kicker Matthew Wright. Of the two, the former is more likely to have a chance. Somebody might shank me if I don’t mention Devlin Hodges, so: Devlin Hodges.

But Hodges isn’t going to make the team. The 2019 quarterback depth chart was set once the 2018 53-man roster was finalize. That’s a done deal. And you know the Steelers are favoring Chris Boswell and Jordan Berry, with neither of their competitors currently providing any separation.

Skipper is nice, potentially, but he has to show in in games, and especially on special teams. Smith and Ulysees Gilbert III will have an edge there. As for Johnson, there is already enough tackle depth, and they would prefer a center-capable interior. I like J.C. Hassenauer from the AAF, who has also been on the second-team group. He’s undrafted, but technically a first-year player after coming out in 2018.