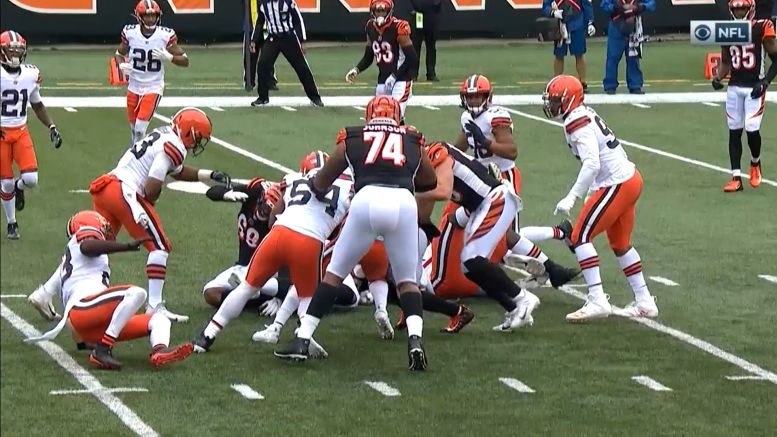 The Pittsburgh Steelers, at least up until this week, were one of only a handful of teams who had not yet dealt with a Covid-19 case on their roster since the start of the season. With tight end Vance McDonald testing positive, that has obviously gone out the window, and now the Dallas Cowboys, like the Steelers last week after playing the Baltimore Ravens, have to take special precautions as well.

In the meantime, Pittsburgh is preparing to face yet another division rival dealing with Covid-19-positive players in the Cincinnati Bengals. They currently have five players on the Reserve/Covid-19 List, and at least two of them are believed to have tested positive, those being right tackle Fred Johnson and cornerback Trae Waynes.

Fellow cornerback Mackenzie Alexander, linebacker Jordan Evans, and now defensive lineman Margus Hunt have been placed on the reserve list, but it is unknown if they have tested positive or have only been deemed high-risk close contacts of those who did. Waynes, by the way, is on injured reserve.

There is a lack of clarity as to who is positive and when they tested positive, and that is significant, because it clouds the conversation over whether or not there is a possibility of these players being available against the Steelers on Sunday.

Johnson, for example, who may otherwise start at right tackle with Bobby Hart injured, was placed on the reserve list on Saturday, but the Bengals were on a bye week, so reporting could have been slow. If he first tested positive earlier than 10 days before the Steelers game, then he could potentially be available.

Either way, however, because of the positive cases, Cincinnati, like Pittsburgh, will have certain disadvantages in their work week this week as they enter intensive protocols, which includes holding meetings virtually rather than in person. Practices may have to be limited or moved around as well.

There are now just seven teams, I believe, who have had no positive player cases since the regular season began, those being the Cleveland Browns, the Indianapolis Colts, the Los Angeles Rams, the Miami Dolphins, the New York Jets, the Seattle Seahawks, and the Washington Football Team.

Prior to last week, no team in the AFC North had any documented cases, but it’s now hit three fourths of the division. The Baltimore Ravens had to go through last week’s practices without half of their defensive starters, but they still managed to hold the Colts to 10 points in spite of that.

The long and short of this is, I suppose, that both the Steelers and the Bengals will be working through some element of the intensive protocols this week, and will be disadvantaged in some form or fashion heading into Sunday’s game. This will be the third time in nine games that the Steelers have faced a team dealing or having dealt with Covid-19 issues in a way that directly affected them, either during or after the fact.