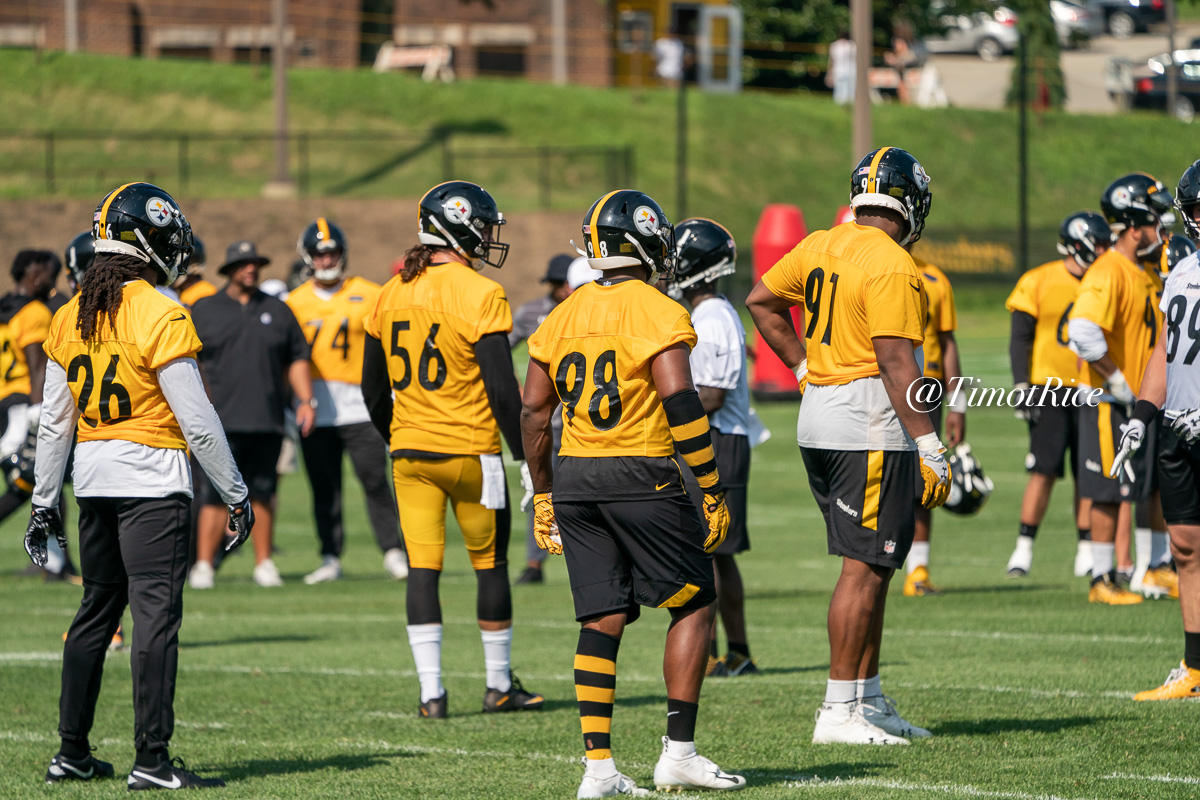 In what is one of the more baffling things that I have read pertaining to the Pittsburgh Steelers lately, fifth-year veteran outside linebacker Anthony Chickillo recently had bone spurs removed from his right foot, which had been developing for the past decade or more, and is seemingly suggesting that it could help improve his game. He’s also dropped to his lowest weight since high school at 245 pounds.

“Since 2009, my ankle was locked in that position all the time and this (left) foot was normal, like that”, he said, demonstrating the unevenness of his stance. “My other ankle couldn’t do that, and now it can”, he added.

According to Kevin Gorman, he said that he has already experiences an improvement in the quickness and flexibility of the ankle. “I feel a lot more agile than I have in the past. It’s a big difference. I feel good. I’m excited for the season”.

Drafted as a college 3-4 defensive end, Chickillo had to make a fairly significant transition from that role to outside linebacker. It was such that in fact he continue on occasion to put his hand in the dirt when he is rushing the passer, which is atypical for the position.

It took him a couple of years just to get his body to fully transition to the differences required of the two roles, but he was consistently a high performer during training camp and in practices. That explosiveness and playmaking had never really shown up when he got the opportunity to play in games, however.

Having signed a two-year, $8 million contract this offseason rather than testing unrestricted free agency, he enters his fifth season as the number three outside linebacker behind starters T.J. Watt and Bud Dupree. With Watt missing the first week and a half or so of camp, however, Chickillo has gotten a lot of time to run with the first-team defense.

Through his first four seasons, he has started nine games in total, including two during the 2017 season and seven in 2016. He has compiled 78 career tackles—many of them on special teams—along with seven sacks, three forced fumbles, and three passes defensed.

While he enters he season projected to be the rotational outside linebacker, Olasunkanmi Adeniyi is fast approaching in a push for playing time in his second season. Young outside linebackers like Tuzar Skipper and Sutton Smith are also hoping to make enough of an impact during the exhibition period to find their way onto the 53-man roster.