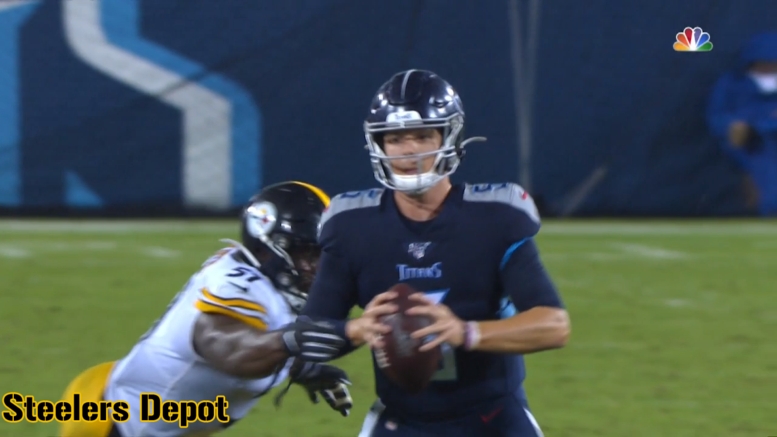 Question: Will Tuzar Skipper finally be given a role on special teams in the preseason finale, and will it be enough?

When talking about a potential 10th linebacker, we’re realistically discussing a player who will be inactive for most of the season except when injuries allow for it. That would be the case for undrafted rookie outside linebacker Tuzar Skipper out of Toledo, should he make the roster.

I think that by now people have accepted, whether they like it or not, that Skipper will not be making to roster at the expense of the release of a veteran core special teams player, namely Anthony Chickillo and Tyler Matakevich, and that fellow rookie Ulysees Gilbert III, who has played similarly well within his role, has the advantage for a ninth linebacker spot due to his significantly greater opportunities on special teams.

But even on a roster that appears chock full, there is still the possibility of carrying a 10th linebacker. The easiest and most likely way to do this would be to go with eight offensive linemen, hoping that, for example, undrafted rookie guard Fred Johnson, who as of yet has not put his position flexibility on tape, would be able to be waived and re-signed to the practice squad. And even if he does get claimed, they have others they can add like Patrick Morris, who was there all of last season.

In order for Skipper to have the best possibly chance of making the roster, he needs to play extensively on special teams tomorrow night and be able to make a couple of plays while doing it. Two tackles on special teams would mean a great deal more than a three-sack game at this point. And he said he doesn’t know why he’s not playing on special teams, so it’s not an unwillingness or belief that he can’t do it.