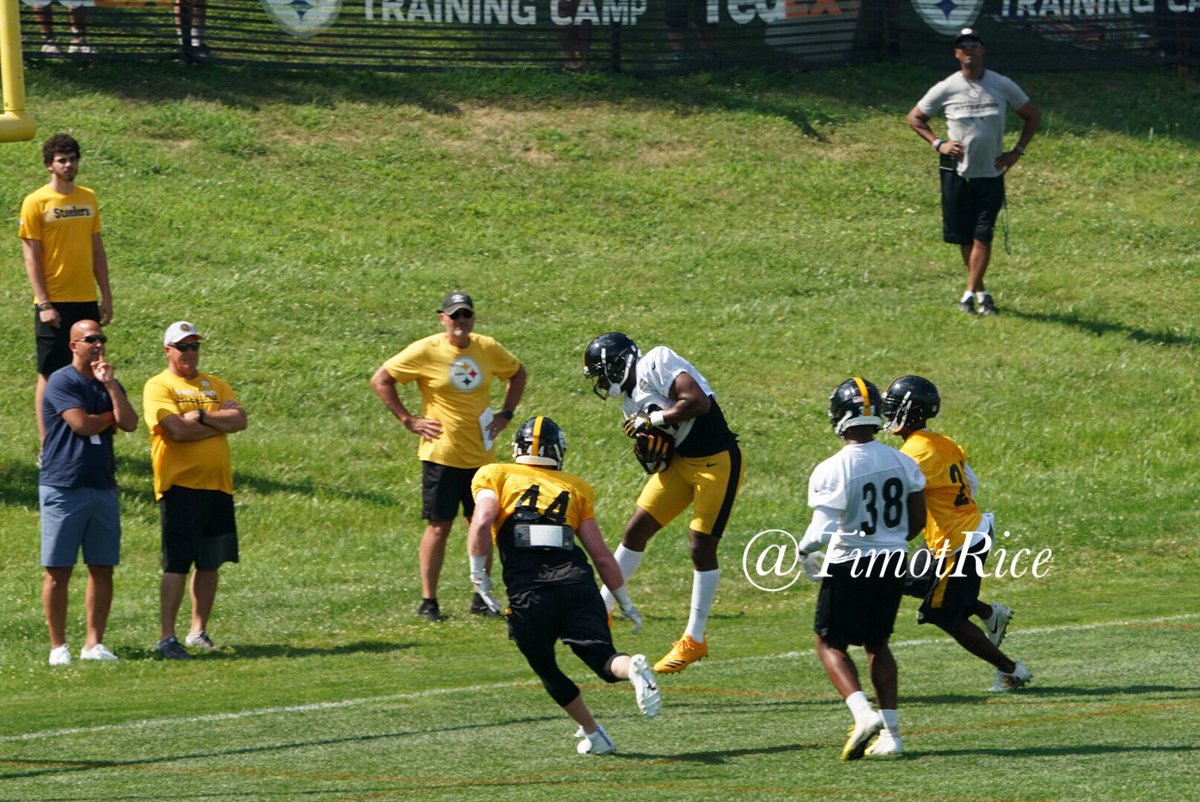 JuJu Smith-Schuster has taken the league by storm since being drafted in 2017. Specifically, he’s done much of his damage in the slot and this infographic from Pro Football Focus puts that production into perspective.

The analytics-driven site tweeted out this photo showing JuJu’s numbers when lined up in the league since he broke into the league.

His 30 receptions of 15+ yards from the slot are second-most among WRs since 2017. pic.twitter.com/Taj7GuEFua

His top stat is the number of big plays he’s had out of the slot, ranked second in the league with 30 receptions going for 15 or more yards. That includes his 97 yard touchdown as a rookie against Detroit. But his numbers across the board are among tops in the league.

In his two years with Pittsburgh, he’s shown an uncommon combination of toughness and football IQ that makes him a threat over the slot. Chemistry quickly developed between he and Ben Roethlisberger and at times, it felt like JuJu was Roethlisberger’s go-to guy on scramble drills and big play moments.

Ideally, he’ll spend most of his time in 2019 aligned in the slot. But that’ll be partially dependent on James Washington’s ability to make the jump as the outside, “Z” receiver that will let Smith-Schuster play inside when the team uses three receiver sets. If not, JuJu will be used more on the outside while Ryan Switzer/Eli Rogers/possibly Diontae Johnson get slotted to the interior.

Playing in the slot will help Smith-Schuster shake some of the attention he’s guaranteed to get as the clear-cut #1 receiver. It will expand his route tree, help avoid press coverage, and shake top corners who don’t shadow or at least, aren’t comfortable and asked to play in the slot. Harder to bracket the slot receiver than it is an outside player and even if defenses do – and they will – he’ll have more ways to get open.

However, as we noted on Tuesday’s The Terrible Podcast, he could have more volatility in his numbers. Some big games, to be sure, if only for the sheer volume of targets he’s going to receive, but some dud performances too because of the blanket coverage he’ll receive. That may happen against New England in Week One. Bill Belichick will call coverages with specific players in mind. “Bracket 19” might be part of the playcall, for example, a direct call to double Smith-Schuster.