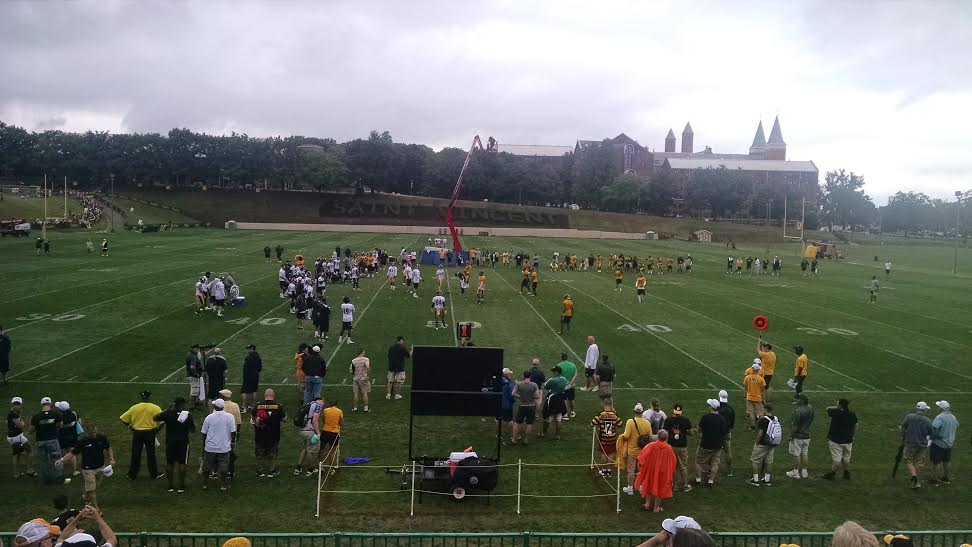 It used to be commonplace, but at this point in the NFL, there aren’t a lot of teams that actually go away and travel for training camp at an off-site location any longer. There are teams who use facilities other than their own, but they are nearby and players are not asked to house themselves there during that time.

The Pittsburgh Steelers are one of the few who do, and their consistent tenure at Saint Vincent College in Latrobe is unsurprisingly the second-longest arrangement between any team and any one site currently active, behind only the Green Bay Packers, who have held their training camp at Saint Norbert College since 1958. No other team has an active relationship that began earlier than 1992, and nearly half the league has only been in its current location for less than a decade.

Not every team is the Steelers, of course. And not every training camp facility is Saint Vincent College. The two of them together share a common vision about what the team’s training camp experience should be, and it’s that compatibility that has seen the relationship persist for so long, with the expectation that it will continue to do so into the foreseeable future.

Of course, the team would make a change if they didn’t see the value in the off-site experience. Strength and conditioning coach Garrett Giemont recently talked about the going-away aspect of the Latrobe trip in an article for the team’s website written by Teresa Varley.

“I know not everybody loves training camp, but training camp is spectacular because you go away, we have a beautiful facility up at Saint Vincent so it makes it really nice, but you bond as a team being in a situation where it is football and really nothing else”, the long-time staff member said.

“I think it brings the team close together”, he added. “I think it allows you to bond in a way that you would not be able to bond if you were not away at a training camp facility and I think it sets everything up for you as a team to be ready to match the adversity that you know you are going to have during a football season”.

It’s a massive and laborious undertaking to transport not just dozens and dozens of personnel—well beyond the 90-man roster—but also literally tons of equipment, but they have had this arrangement in place long enough that it can all be done in their sleep.

This season in particular marks an interesting turn within the team’s culture, where I think the bonding element of training camp can be more important than it has been for some time. Whether or not all the talk from players in the spring about the team being closer together has been lip service, I think there is now a desire to reach that point, and a lot of the work that goes into that can be achieved in Latrobe.