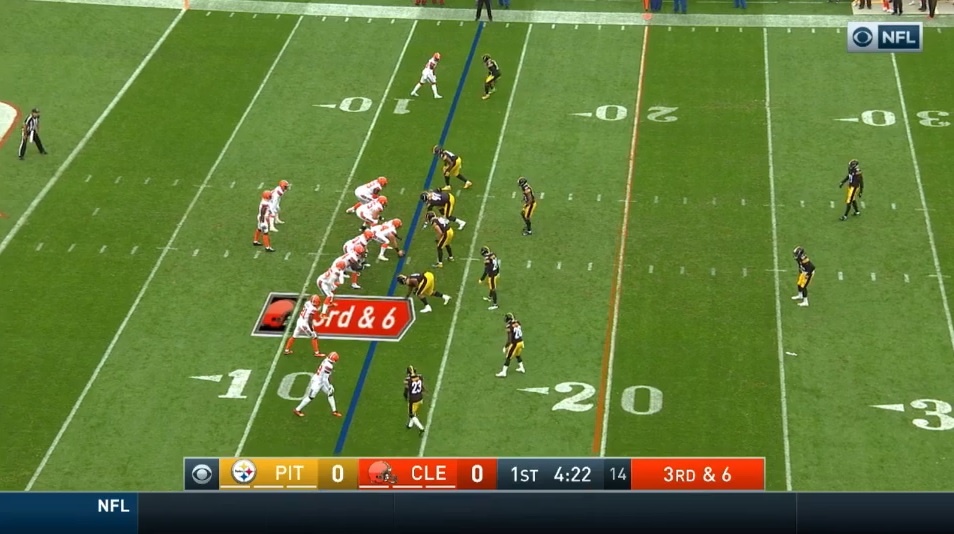 One of the most attention-grabbing moments during training camp last year, for good reasons anyway (Ramon Foster’s injury was the scariest singular moment) was the Pittsburgh Steelers use of seven defensive back groupings. It was brief, used later in camp for 3rd down sessions but clearly notable.

They unveiled it on the 9th day of practice last August. Here’s what we wrote in wrapping up our notes from that evening.

“– 2-2-7 defense has me excited. Expect Burnett to be near the LOS and the key communicator. Lot of athletes, flexibility, and options. I don’t think we’ve seen actual dime, 6 DBs which I care about more. They’ll run it more often and I want to know who the odd man out is, Edmunds or Sutton. With 7 DBs, they all get to play.”

When the regular season began, the plan was to use it in obvious pass situations. Here they are busting it out in Week 1 against Cleveland, a 3rd and 7 that the Browns countered well with a 13 yard Duke Johnson run. This is how it looked. Morgan Burnett and Cam Sutton were the 6th and 7th defensive backs. 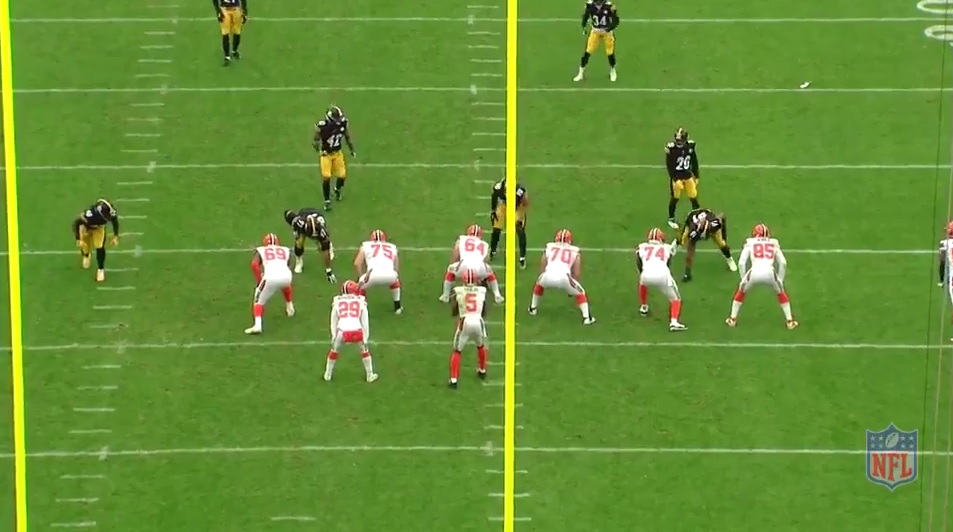 Injuries forced the team to bail on the idea. Burnett could never stay healthy, missing the next month, while Joe Haden was absent the Week 2 loss to Kansas City. It forced backups into starting roles and limited the team’s options. They’d run the 2-2-7 only one more time last year which funny enough, resulted in a Haden pick against the Browns in the second meeting.

Speaking to reporters yesterday via the team website, DBs coach Tom Bradley seemed to suggest they were open to the idea of trying it again. The question was in reference to working with Teryl Austin and the ability, just as the offensive line does, to have a pair of coaches split up the group.

“As much as we’re playing sub-package, five and six, and sometimes seven DBs. We tried that last year until we got injured up and we couldn’t play that package we wanted to play.”

That was all Bradley said but it was enough. They wanted to use it, that much was obvious enough, and having a healthy and more talented group this season should give them every reason to attempt it again. Provided Marcus Allen plays well, it’s a chance to get him and say, Sutton, playing time. It maximizes speed, coverage ability, and flexibility against whatever offenses try to do.

This package has its drawbacks. As we wrote in the above, teams will counter by running on a defensive back heavy group. On 3rd and 14, you can live with that. On something closer like that 3rd and 7, the offense has a little better chance. Still, there’s no perfect defense, you’re always going to be vulnerable against something, and I’m ok with daring teams to be brave enough to run on a passing down (teams ran it just 11.2% of the time on 3rd and 7 in 2018).

If they show it again this camp, and I suspect they will, we’ll be sure to let you know and who the seven DBs are out on the field.