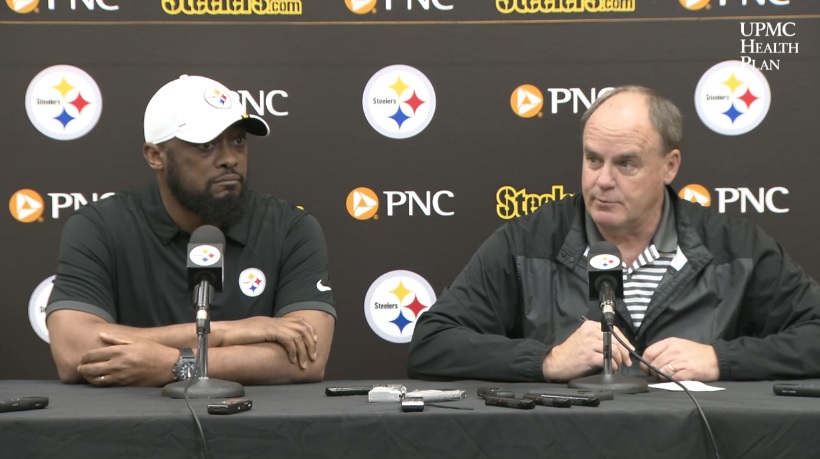 This isn’t the first time I’ve broached this topic. But each year it fails to change, the larger the issue looms. The Pittsburgh Steelers have a serious UDFA problem. And it doesn’t take long to realize it.

Since the UDFA class of 2016 to present day, the immediate group of players Pittsburgh’s signed have played – total – 166 snaps. Offense, defense, and yes, I’m throwing special teams in there too. Here’s the breakdown

I went through the rest of the league to confirm what I assumed. The Steelers rank dead last in UDFA snaps over that time frame. You can even take it a step further. 29 of the 31 other teams have one player, from only their rookie year, who played more snaps than the Steelers have had from all their undrafted players in all three years combined. Here’s just three examples:

Again, those are just one player, from only their rookie year, not adding following years to the tally. And they’re doubling to tripling the total UDFA snaps the Steelers have.

The only exceptions are Dallas and Detroit, who still have far more in total than the Steelers.

Pointing to the strength of the Steelers’ roster doesn’t work either. Other talented teams have found their own gems. The Patriots got excellent contributions from CB J.C. Jackson last year (444 snaps) as did the Chiefs thanks to LB Ben Niemann (323 snaps). We’re not talking just offense and defense either. Special teams are included in these counts and I don’t know of any team that is consistently set there. Pittsburgh sure isn’t either.

Bottom line? The Steelers are having one terrible time finding diamonds in the rough. From that pool at least. There have been successes elsewhere, Mike Hilton qualifies, but he’s not part of the post-draft group we’re talking about.

The UDFA process should be viewed as an extension of the draft. Open season in identifying and getting top talent that can put teams over the top. Failure here is, partially, failure in the draft, and needs to be addressed.

This is an organization known for pulling that lever and coming up with triple 7’s. Donnie Shell in the 70s. Keith Willis and Dwight Stone in the 80s. Willie Parker, James Harrison, and Ramon Foster of the 2000s. Steve McLendon and Chris Hubbard of the 2010s. I’m not looking for a cast of All-Stars. That’s unreasonable. But find a B.J. Finney, heck even a Patrick Bailey, who shined enough on special teams to win team Rookie of the Year in an otherwise terrible draft class. I promise I’m not asking for the moon.

It gets worse. Not only are the UDFAs not making an impact, they’re barely making the team. Only four of the 32 signings, 12.5%, have made the 53 man roster or even the practice squad for Week One. Maxey, Thomas, Adeniyi (I’m being generous and adding him even though he began the year on IR), and Patrick Morris. I couldn’t tell you exactly how that stacks up with the rest of the league but I’ll bet you a couple bucks that’s the worst rate in football. At least Adeniyi is still around to possibly add to that total.

At least there’s hope at safety. P.J. Locke and Dravon Askew-Henry, on paper, have a puncher’s chance of making the roster with the Steelers’ lack of safety depth. Let’s hope they do. Or someone emerges. Otherwise, the woes in this area will continue.