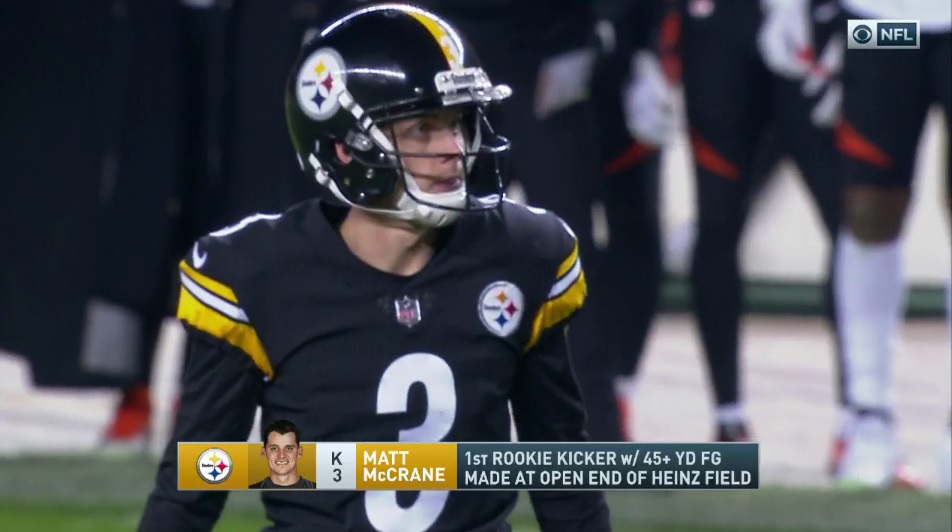 To get to their 91 man roster before rookie minicamp, the Pittsburgh Steelers released kicker Matt McCrane and CB Jack Tocho, the team announced moments ago.

We have released K Matt McCrane and CB Jack Tocho.

McCrane was signed late last season following Chris Boswell’s injury suffered against the New Orleans Saints. He kicked well enough, going 3-3 in the regular season finale against Cincinnati and even received the game ball for it, but lacked a strong enough leg to make him a serious threat in 2019. Boz’s camp competition will be Matthew Wright, a UDFA signing from Central Florida. We profiled him a few days ago.

Tocho was one of several AAF players added to the roster after the upstart league came crashing down. He had previously spent time with the Minnesota Vikings, their 7th round draft pick in 2017. Backup corner depth includes the likes of Artie Burns, Brian Allen, Herb Waters, Alexander Myres, and possibly Kameron Kelly, though he may wind up playing safety.

Rookie minicamp runs from tomorrow through Sunday. The full roster should be released shortly. Pittsburgh can have a 91 man roster due to TE Christian Scotland-Williamson being exempt under the NFL’s International Program.