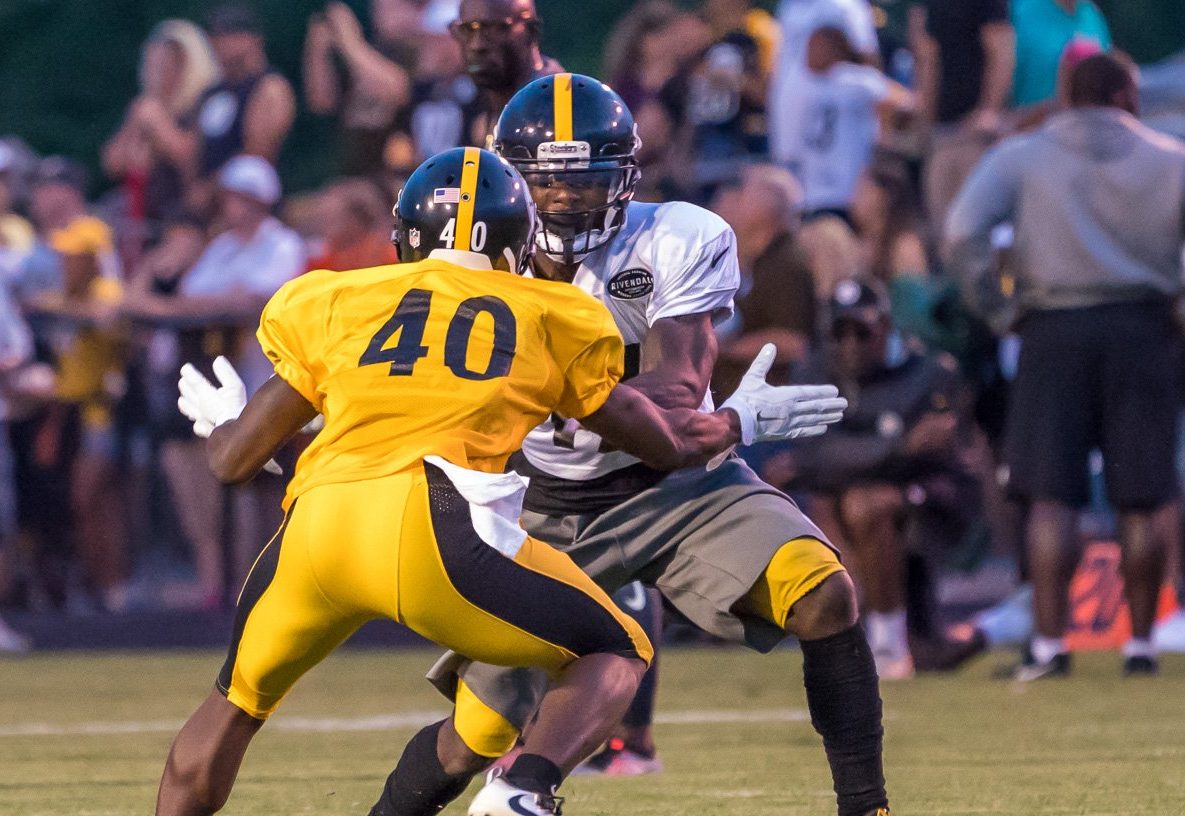 Listen, I know it’s shorts and shells. And for 31 other fanbases, they’re discussing the can’t-miss sleeper. Don’t put this guy on the practice squad. He’s not making it. That forum fodder feels like it officially marks the start of a new season.

But in Pittsburgh, history shows that whoever emerges as a sleeper begins to pop up now, not just in training camp.

Think back to two of the team’s biggest sleepers of the last several years. Eli Rogers and Mike Hilton. Yes, they made plays in training camp, leading to a role on their side of the ball and overall, successful careers that far exceeded expectations. But their path began in the spring and in both cases, teammates noticed the talent they had. Who better to judge than the guys who go against them each day?

In the summer of 2015, Rogers was the name on everyone’s mind.

“Eli caught a lot of eyes, he did a lot of good things…I definitely see him a lot,” then-linebacker Terence Garvin told PennLive’s Jacob Klinger.

Martavis Bryant and QB Tajh Boyd heaped similar praise on Rogers, a UDFA at the time. His rookie season was short-lived after suffering a foot injury during training camp but he bounced back the following year, again catching everyone’s attention.

“Just my opinion, I think Eli looks real good,” Markus Wheaton told Steelers Nation Radio in June of 2016. “He’s a guy that’s obviously been here, but we didn’t get to see much of him last year because of the injury and all of that stuff. But I think he’s grown just from camp last year to this time this year.”

Healthy, Rogers made the team and contributed in a big way. He finished the year with 48 receptions for nearly 600 yards, both numbers third on the team, and three scores. His touchdowns tied for 2nd most of any Steeler, trailing only Antonio Brown. And he remains on the team, though very much on the roster bubble heading in 2019. He’ll battle Ryan Switzer for the #6 WR spot.

Hilton was a similar story. Signed to the practice squad late in 2016, he was inked to a futures deal the following winter. By the spring, it was obvious he had talent and emerged with a starting role in the Steelers’ nickel defense. Again, teammates took notice, even ones who didn’t generally go one-on-one with him.

“Also, (first-year cornerback) Mike (Hilton),” Ramon Foster told the team website of his initial OTA impressions. “No. 40, the DB, I had to ask Kevin Colbert about him, who is this guy? He’s comfortable going with the No. 1s. He’s a guy that’s always making a play. He’s shifty, he doesn’t look rattled.”

Let’s remember that Hilton wore #40 and how positively ugly that number looked on him. #28 is infinitely better.

By Week 2 of the 2017 season, Hilton became the full-time starter at nickel and one of the most consistent players in the secondary, though he ended last season on a rockier note and his future is a bit uncertain. Still, a diamond in the rough and great find by the front office.

Both players earned “Stock Up” articles from our Matthew Marczi, so consider him the team’s good luck charm, and consult him for all your stock market tips.

It’s always had to pinpoint who that player is. Maybe it’s someone in the secondary like Dravon Askew-Henry, signed after the draft, or at edge rusher like JT Jones, brought over from the AAF. That’s the fun part of this time of year, finding out who that next gem might be.