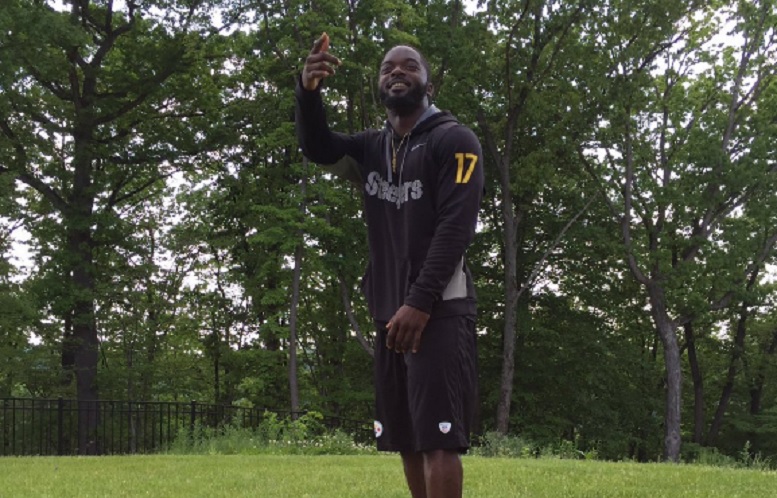 Second-year former undrafted free agent wide receiver Eli Rogers certainly gets a lot of press for somebody who has barely even spent much time in a professional training camp. But that is because he was getting a lot of talk leading up to his training camp injury last year that sent him to injured reserve for the season.

The fact that the Steelers chose to leave him on injured reserve for the entire season and never waive him with an injury settlement does suggest that they valued what they did see from him, even if they have still only seen him in shorts.

But he appears to be fully healed from his previous injury, and is continuing to receive praises from coaches and teammates alike for what he is able to do on the practice field. Of course, it will be another matter entirely when he has the opportunity to do that in an actual game-like situation when the preseason rolls around in August.

Veteran wide receiver Antonio Brown has taken it upon himself to work with Rogers, among other of the Steelers’ young wide receivers, which can certainly only be an asset for a player of Rogers’ stature, hungry for a roster spot that is far from a guarantee to be there for him.

While Pittsburgh did not draft a wide receiver this year prior to the seventh round, they do have a handful of intriguing prospects, including a rookie undrafted free agent and a carryover from last year’s practice squad, and all four could potentially be competing for just one spot on the 53-man roster.

Rogers’ return skills, however, might provide him with a leg up on most of his competition, since the Steelers seem to be looking for an alternative punt returner, and are, of course, also looking for a kick returner after their two primary kick returners were released during the course of the 2015 season.

His skill set and his quickness in tight spaces will also make him an asset in the slot, which is the area in which the Steelers might be a bit more thin at the wide receiver position, so that is another feather in his cap in his quest for a roster spot. Oh, and the absence of Martavis Bryant doesn’t hurt either.