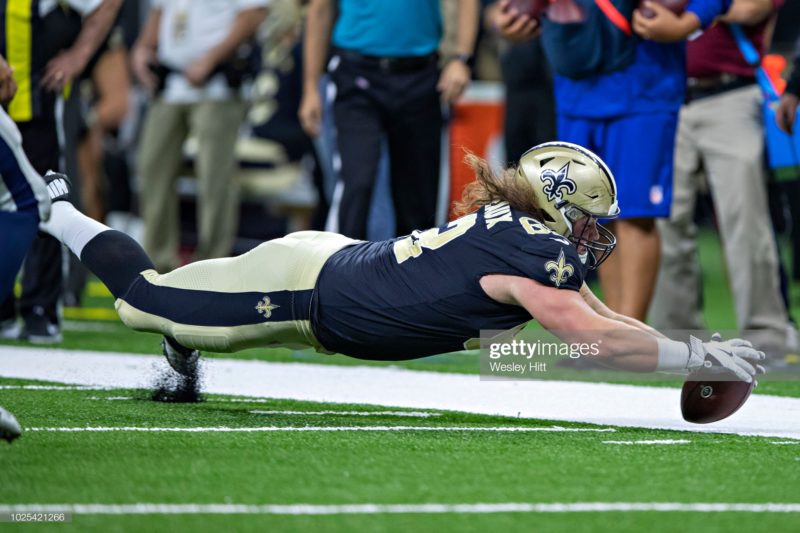 Henry Mondeaux (#92) is another of the Steelers free agent signees this year and the only one who has some (preseason) NFL experience.  Mondeaux was in the 2018 draft and was signed as a free agent by New Orleans.  He was cut after the preseason but was eventually signed with their practice squad.  He then briefly signed on with the Kansas City Chiefs and released before inking with Pittsburgh.

He has experience all along the defensive line lining up from the 0 tech out to the 7 tech and lined up on both sides of the defense.  He has a squatty stance and is slow at the snap, extending upward instead of outward toward the OL. He has a good motor and is a high effort player working from snap to whistle.

Against the pass, he lacks a go to move but will throw everything he can at the OL. He has active hands continually trying to counter the OL. He showed a push/pull that had some success and was able to use a long arm to keep defenders off of him.  He tried other moves that included a spin, bull, rip and club with the rip showing some potential.  He displayed solid athleticism as a looper on stunts and solid acceleration into the backfield when the gap was free. He was slow to recognize screen plays and didn’t factor in defending them.

At Arizona State from the left DT position he’s going to loop to his right on the stunt. He shows solid quickness but can’t corral the QB.

At UCLA, lined up over the center he uses a push/pull to yank the OC out of the way and has a beat on the QB but slides over the top of him

Against the run, at Oregon they ran 1 Gap and 2 Gap schemes and lacking the quickness at the snap he looked more suited for a 2 Gap scheme. Despite shorter arms he showed solid ability to stack and shed OL with good hand placement to control the blocker but could add some strength to shed sooner and make more plays near the LOS. Due to his lack of quickness at the snap he has to work extra hard to contend with blocks. Down and reach blocks are particularly difficult as the blockers get and early step on him.  He struggles vs double team blocks to hold his position and better pad level and added strength would help there. He’s a good tackler able to take down whoever he gets his hands on.

At Arizona State, from the left DE spot he avoids the block of the OC and works down the LOS to make the tackle

At Arizona State, he’s over the RG and uses his hands well to stack and shed and make the tackle on 3rd down

Vs Washington, he’s lined up across from the LT. He is initially pushed back by the combo block but when the LT releases he is able to work back to the ball and make the tackle.

Overall, due to his lack of arm length I think he would fit best inside but it interesting on the Steelers website he’s listed as DE and that the he’s listed at 280 pounds now, 17 pounds lighter than his reported Pro Day numbers. With experience along the line he could project to be a reserve at all three spots. The Steelers need depth along the DL and I do like his effort level and motor. He’ll need to add strength and probably would only be a 2 down option coming out on obvious passing downs.

Chance to Make the Team: 1%