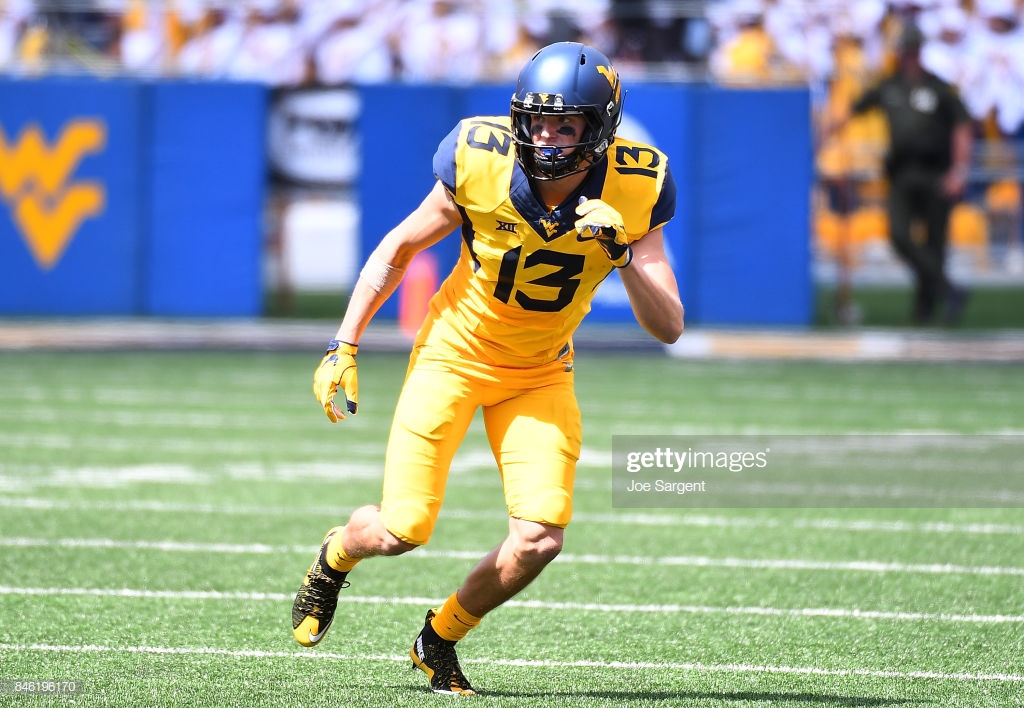 You probably don’t remember the moment. But in hindsight, Mike Tomlin’s quick fist bump to West Virginia WR David Sills might have been the moment Tomlin thought “we gotta draft this guy.”

Sills with a nice catch and some love from Mike Tomlin on the sideline. pic.twitter.com/x0NMx31EGE

On Tony Pauline’s most recent draft podcast, The Draft Analysts Podcast, which you can check out here, Pauline says the Steelers are one of two teams high on Sills.

“The Pittsburgh Steelers are in love with Sills. He’d be a great fit for both teams but I can absolutely see the Steelers using a pick in the fourth round to acquire Sills.”

The other team Pauline refers to are the New Orleans Saints. When you consider the Saints have only one selection in the first 168 picks, once in the second and not again until the fifth, that might put Pittsburgh as the team driving the Sills’ bus.

In the discussion on the show, Pauline and co-host Chris Tripodi do a nice job walking through Sills’ backstory. He earned 15 minutes of fame as a 13 year old, the quarterback Lane Kiffin offered a scholarship to. Though things didn’t quite work out, Sills found a home at WVU playing receiver, where he caught 132 passes for over 2000 yards and 35 total touchdowns, including a whopping 33 the past two years. He never threw a pass in his college football career, though spent 2016 at a JUCO under center.

Below is our profile on Sills and compilation of his biggest plays.