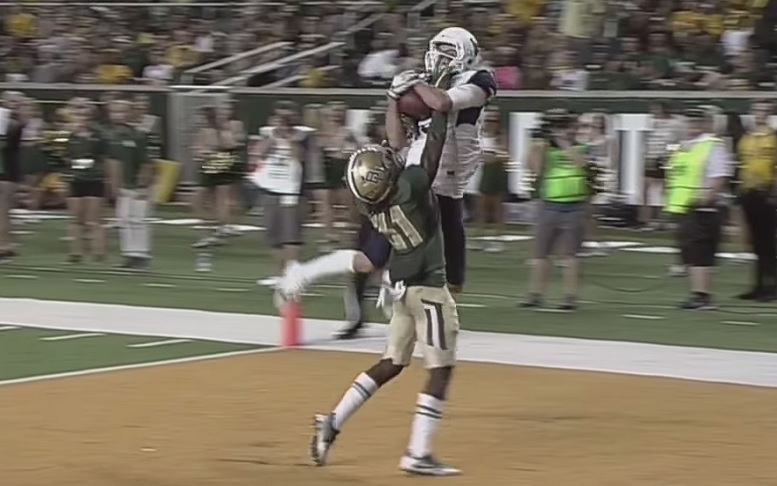 West Virginia wide receiver David Sills is seemingly off to a good start at the 2019 Senior Bowl after first measuring in at 6030, 210-pounds with 8 7/8-inch hands, 32-inch arms and a 75 4/8-inch wingspan. Not surprisingly, Sills caught a few deep passes during Tuesday’s practice from West Virginia quarterback Will Grier. The wide receiver even received a fist bump from Pittsburgh Steelers head coach Mike Tomlin after making one of those catches during one-on-one drills.

Sills is going to be an interesting wide receiver to track throughout the pre-draft process and probably mostly because of questions related to his long speed. Those questions aside, Sills still managed to register 34 explosive play receptions good for 20 yards or more during his college career at West Virginia and those totaled 1,243 yards with 13 going for touchdowns. In case you’re curious, Sills, a converted quarterback, totaled 132 receptions for 2,097 yards and 35 touchdowns at West Virginia in the 33 games that he played in.

While I haven’t yet looked at all 132 receptions that Sills had during his college career, I was able to track down all 34 of his explosive play receptions and contextualized each of them for all to see in the table below. Each play includes a link to a video so that you can watch each one. The contextualized data includes the passer who threw Sills the football, the distance the pass flew past the line of scrimmage and the yards after the catch that was registered.

We’ll be sure to profile Sills in greater detail in the coming weeks but in the meantime, I thought most would like to see his college career explosive receptions with him already making some waives in Mobile, AL.

The Steelers could find themselves in the market to draft yet another wide receiver in April depending on what ultimately happens with Antonio Brown in the next seven weeks and if he’s traded.