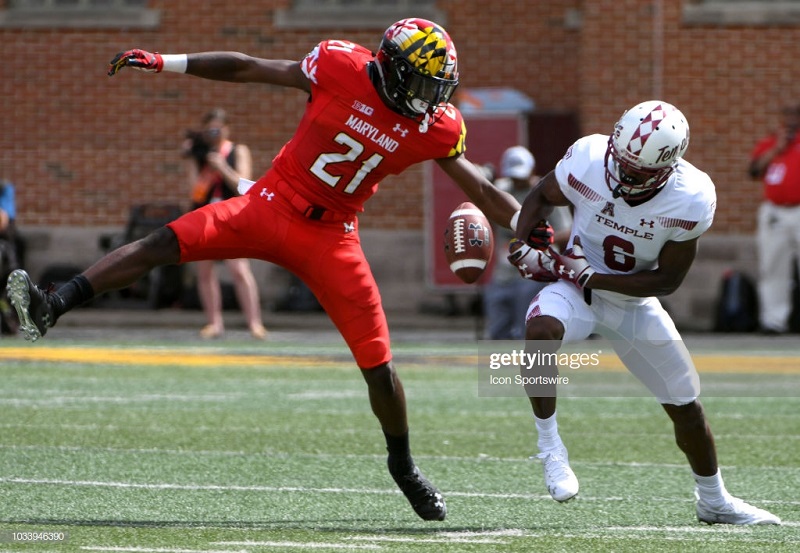 Can you stomach a few more national media mock drafts before the real draft starts Thursday night in Nashville, TN? Yes? Good, because on Wednesday, Daniel Jeremiah of the NFL Network released his final first-round mock of 2019 and in it, he has the Pittsburgh Steelers selecting Temple cornerback Rock Ya-Sin 20th overall.

The Steelers need to add playmakers in the secondary. Ya-Sin is probably the safest corner prospect in the draft.

As many of you reading this post have probably recognized by now, Ya-Sin has been a very popular last-minute first-round selection for Steelers in quite a few of the final major media mock drafts that have surfaced this week. In fact, both Peter King of NBC Sports and Albert Breer of Sports Illustrated mocked Ya-Sin to the Steelers in their offerings earlier this week. Even Dave-Te’ Thomas of Scouting Services went on record this past week to say that Ya-Sin would be the Steelers first-round selection this year.

There really hasn’t been much talk about the Steelers possibly selecting Ya-Sin in the first-round since the Senior Bowl took place and especially after he measured in at this year’s scouting combine at 5116, 192-pounds and ran his 40-yard dash there in 4.51-seconds. While Ya-Sin did post an impressive vertical jump of 39.5-inches in Indianapolis, along with a 10’00” broad jump, his short-shuttle time of 4.31-seconds and 3-cone time of 7.31-seconds were both unspectacular.

In addition to Ya-Sin only being a one-year player in the FBS at Temple after transferring from Presbyterian College following the 2017 season, it’s worth noting that he’ll reportedly turn 23 at the end of May. While Ya-Sin certainly does have some good tape in games that he played at Temple last season, he still only managed to intercept 2 passes and defense 14 other throws that came his direction.

According to stats compiled by Sports Info Solutions, Ya-Sin was targeted 61 times in coverage during the 2018 season and allowed 32 of those passes to be completed for 232 yards and a touchdown. That same outlet has Ya-Sin playing some form of man-coverage 72.5% of the time in 2018 and zone coverage 27.5% of the time. 18.6% of the time he lined up in the slot, according to their stats.

While Steelers general manager Kevin Colbert and head coach Mike Tomlin both seemingly failed to attend the Temple pro day this year, our very own Alex Kozora was able to spot the team’s pro scouting coordinator, Brandon Hunt, at the event while going back through some video footage from the internet. Also, it’s worth remember that Ya-Sin was one of the Steelers pre-draft visitors this year.

Luckily, we now have less than 24 hours remaining until the Steelers make their first-round selection in the 2019 NFL Draft. Will the player they ultimately choose be Ya-Sin? A lot of the major media analysts sure seem to think so.