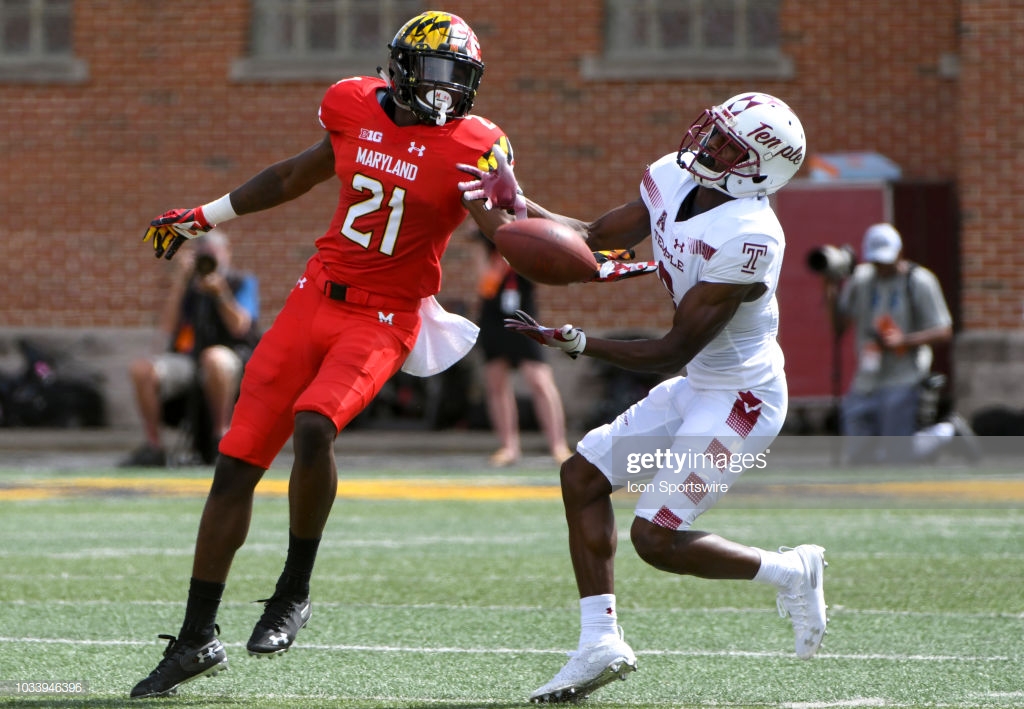 You know how big a fan everyone is of Dave-Te Thomas on the site. And he just made his prediction for what the Pittsburgh Steelers will do at #20. On his Scout’s Honor podcast with co-host Paul Crane, Thomas said the Steelers are zeroing in on selecting Temple cornerback Rock Ya-Sin in the first round.

From the episode, recorded earlier today. You can listen to the comments beginning around the 10:55 mark.

“He’s definitely going to end up in a Pittsburgh Steeler uniform unless somebody else jumps ahead. But the Murphy, the Greedy Williams, and everything, they’re taking a back seat right now. The first cornerback off the board is going to be Rock-Ya.”

Dave-Te went on to explain why he fits the Steelers, citing Ya-Sin’s physicality as the #1 trait.

“You gotta look at what Pittsburgh needs. Go back to the Ike Taylor age, go back to the Mel Blount age. Everything with their left cornerback was a physical type of guy. I mean, the mom definitely gave him the right name with Rock-Ya Sin. He’s the most physical hitter you’re going to see at the cornerback position since Brian Dawkins played that before he moved into safety. This is a top level talent, Paul.”

Crane then followed up to confirm that Ya-Sin was going to be the Steelers’ guy.

“Yeah, it’s almost etched in stone right now. That will be their left cornerback next year.”

Joe Haden did play the majority snaps at left corner last year but he’s capable – and did – move around plenty, often facing the opponent’s best receiver.

Ya-Sin was brought in for a pre-draft visit on April 5th so obviously, there is interest there. Selecting him would break Pittsburgh’s trend of taking Power 5 players, something that’s been consistent dating back to 2005.

He’s well-liked around the league for his toughness and wrestling background. At Temple, he wore the #8. Single digits are handed out to the players deemed the toughest on the team. At the Combine, he weighed in a shade under six-foot but with plus length, 32 3/8 inch arms. A one-year Owl after transferring from Presbyterian, he picked off two passes for the Owls in 2018.

Our scouting report, linked below, notes that while he is a competitive, high energy player, he got stuck too often on blocks in the run game and wasn’t always as impactful as he should’ve been. At the Combine, he ran a 4.51 with an impressive 39.5 inch vert and 10 foot broad jump. He was not invited to the NFL draft, though only one corner, LSU’s Greedy Williams, was.