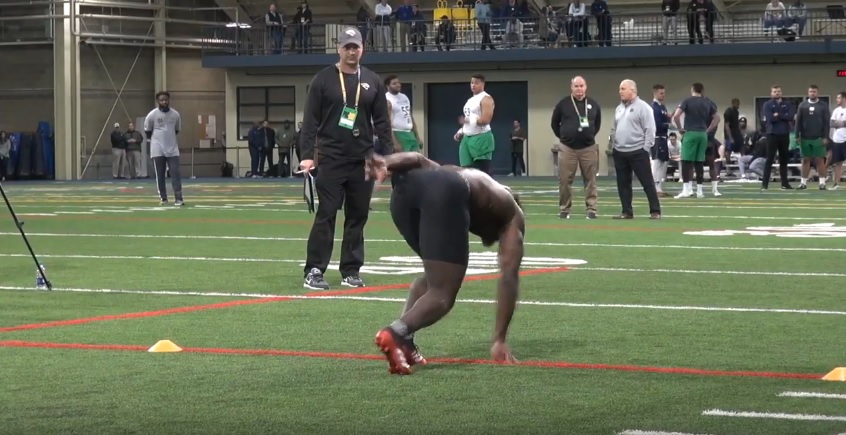 Kevin Colbert was not in Ohio State today, the usual stop on his Pro Day circuit. We now know why. He was a couple hours away, spending the day in South Bend for Notre Dame’s workout. And he wasn’t the only one. The following members of the team were spotted watching the Fighting Irish prospects: defensive assistant Teryl Austin, College Scouting Coordinator Phil Kreidler, and Player Personnel Director Dan Rooney Jr.

Here’s Austin taking cornerback Julian Love through one of the drills.

And here’s Rooney and Kreidler in the background, watching receiver Miles Boykin work out. 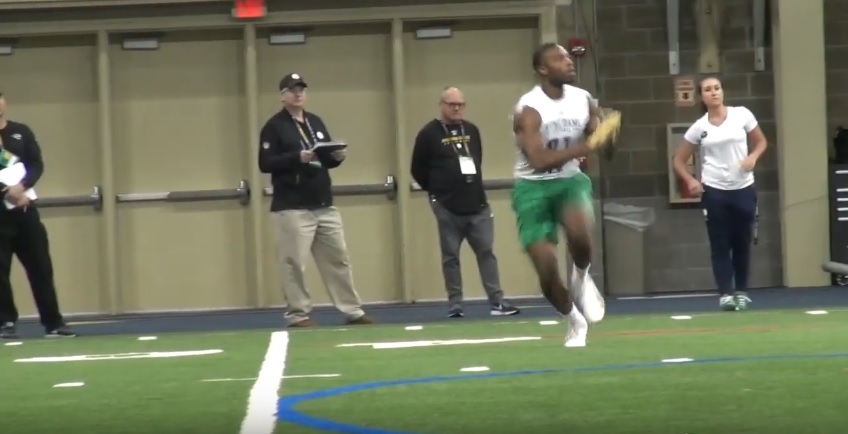 Boykin is the first known prospect who will come in for a pre-draft visit with the team. He blew up the Combine, running a 4.43, jumping 43.5 inches in the vertical, and 10’7″ in the broad, all while weighing in at nearly 6’4 and 220 pounds.

Love is a solid Day Two candidate who could be in the cards for the team at pick #52 or #66, given that corner is slightly less of a need after signing Steven Nelson in free agency. He picked off five career passes for the Irish with 39 breakups.

Also working out and of interest to the team included ILB Te’von Coney, a probably Day Three selection with 313 tackles to his name. There’s also ILB Druq Tranquill, a converted safety who tested well with 25.5 career TFL.

Though I know it doesn’t mean much, and certainly is possible to change this year, Colbert has only drafted one Notre Dame player since running the team. That was Stephon Tuitt, the Steelers’ second round pick in 2014 and what turned out to be a very good selection.

(h/t to @CaldaraFan for the heads up)