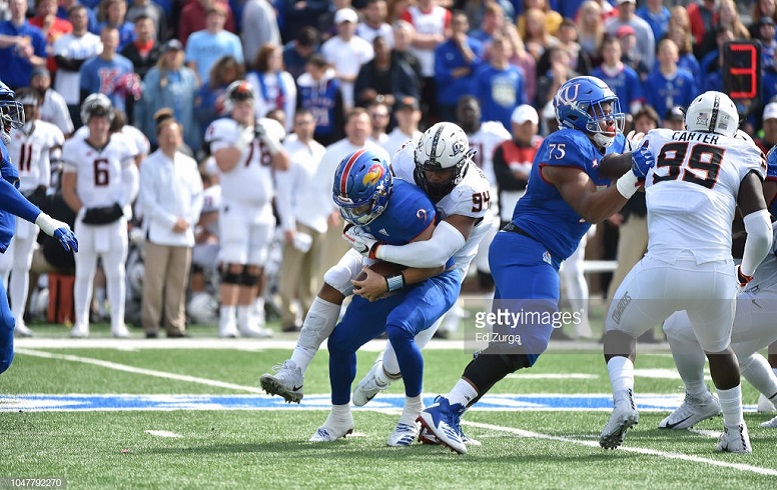 Oklahoma State edge rusher Jordan Brailford reportedly had an impressive week while at the East-West Shrine Game and during Saturday’s game he was credited with 3 tackles including a nice spin sack. Since then, we’ve had a few readers ask about him.

In an effort to provide you as much information as possible when it comes to the top edge-rushers in the 2019 draft class, I am currently putting together as many sack compilation videos as I can between now and the end of April and especially when it comes to players who the Pittsburgh Steelers might select in the various rounds.

While I won’t be able to track down every career college sack for every top player that I highlight in this series, I should be able to find a good majority of them for you to examine. In this sack compilation video, we’ll look at Brailford, who more than likely will be selected somewhere during day-two or early day-three of the 2019 NFL Draft.

Brailford registered 15 total sacks in the 37 games that he played in at Oklahoma State dating back to 2014 and 14 of them came over the course of the last two seasons with 9 coming in 2018. Fortunately, I was able to track down all of Brailford’s 15 career college sacks for you along with a few replays of several.

Please note that very few of the quarterback take-downs in this video went down as half-sacks, according to Brailford’s game stats. Also, notice the quality of each sack in addition the amount of time from snap to tackle and feel free to comment on Brailford’s sack compilation below.

We’ll have a full breakdown of Brailford for you in the next few weeks.