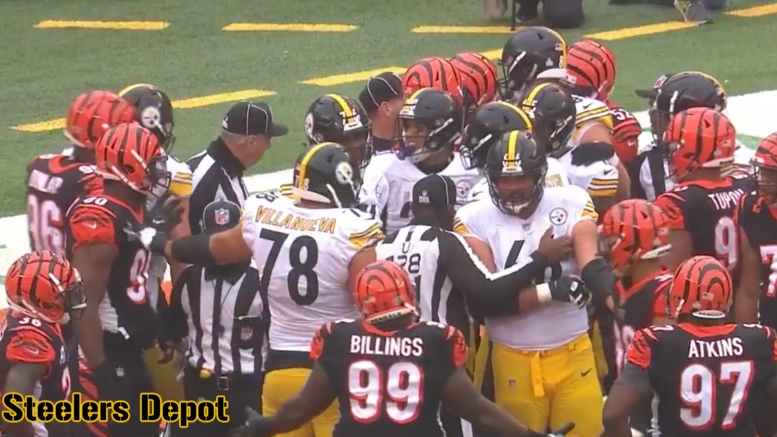 1. They stop the Bengals run game.

Just like what I wrote about yesterday, if you can limit Joe Mixon, you’ll take away the best part of the Cincinnati Bengals offense and heck, their entire team. You do that by loading up the box, being sound in your run fits, and a good tackling team who rallies to the football. Getting an early lead will sure help, too.

You definitely have to worry about Jeff Driskel’s legs on third down. He’s mobile and if he can run for a first down or if pressure mandates he does so, he’ll definitely take off. That makes playing man coverage, with backs to the ball, tricky. The Bengals weapons aren’t nearly scary enough for me to still want to play a lot of man. And if you do, you need to have a plan to not let Driskel escape. He’s got nothing to lose and has no problem putting his body in harms way.

Cincinnati’s linebackers are in rough shape. Nick Vigil is serviceable enough but elsewhere. Not much to work with, especially now that Vontaze Burfict (who was having a terrible season anyway) and Jordan Evans are done for the year. You can definitely bounce the ball to the outside or win with the screen/short passing game. Power has always been a successful scheme against this Bengals’ defense, even better versions of it, and it should work well today too.

Last thing you need in this one is for Ben Roethlisberger to make a lousy decision and throw a lollipop into centerfield. Jessie Bates and Shawn Williams are a strong tandem with over 200 combined tackles and seven interceptions. Even the ugly pass defense numbers, it’s still an impressive secondary who can make you pay if you let them. Turnovers are a great way to keep this game competitive.

2. Alex Erickson is a factor in the return game.

One of the most dynamic players on this roster comes on special teams. Erickson is playing more receiver this year simply out of necessity but he’s been their talented kick and punt returner for some time now. He averaged 40 yards per return in the first meeting against the Steelers. Can’t give this offense an advantage they desperately need. Make them consistently drive 70-80 yards. I don’t like their chances.

McCrane was the Steelers third choice. They kept Chris Boswell and let Kai Forbath stick around for an extra day before rolling with Boz. A third stringer this late in the year isn’t a great sign and McCrane was just 5/9 on field goals with Oakland this year. His introduction to football again is Heinz Field. Kind of like taking the Calculus Final during Syllabus week.

Weather looks decent for December in Pittsburgh but there’s supposed to be a noticeable wind, which could make kicking to the open end of the stadium even trickier. Want to avoid one of those weird games where you’re landing on an odd number because of a missed extra point. This game could still be close. After all, it’s still AFC North football. Since 2015, only two games have been decided by more than 10 points.