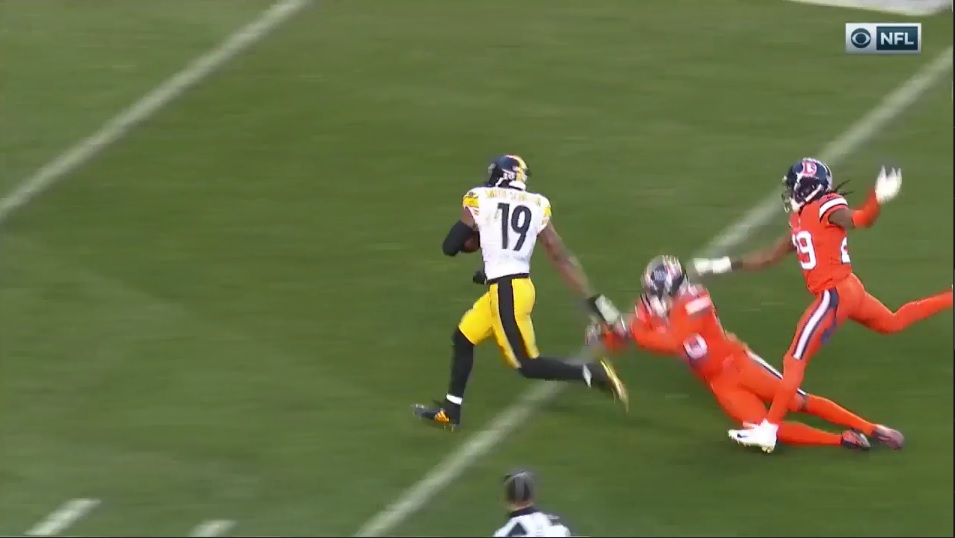 A player declaring himself healthy enough to play is by no means a guarantee but JuJu Smith-Schuster seems adamant he’s suiting up for tomorrow’s critical matchup against the New Orleans Saints. He sent out this tweet a little while ago, saying “Of course I’m playing Sunday!!!”

A lot on the line this week. The whole season comes down to this. Yes, I’m talking about the fantasy football championship round. Of course I’m playing Sunday!!! Theres no way I can let down the real ones who believed in me by drafting me!! Let’s get it!! 🏆🏆 pic.twitter.com/6YntwS4lpD

He suffered a groin injury during Thursday’s practice. While he officially was listed as a “DNP” on Friday’s report, he reportedly took part in some of the day’s early walkthrough work. The team has him listed as questionable for Sunday’s showdown against the Saints. He declined to speak with reporters during his usual time Friday afternoon. It’s unclear if he will play his full compliment of snaps. If he doesn’t, James Washington and Eli Rogers will see their roles expand.

JuJu’s presence will be critical against a high-scoring opposing offense. Though New Orleans has struggled in recent weeks, those have all come on the road. At home, they’re averaging 37 points per game this season, most recently putting up 31 in an early December win over the Atlanta Falcons. Only once this year have they been held under 30 points at home when Cleveland held them to 21 back in Week Two.

Smith-Schuster still leads the Steelers in receptions (95) and yards (1274) while continuing one of the best careers in NFL history before turning 23 years old. In just two seasons with the team, he’s already surpassed 150 receptions and 2100 yards. He already has seven 100 yard games this year, the most by a Steelers’ receiver not named Antonio Brown since Mike Wallace had that many in 2010.