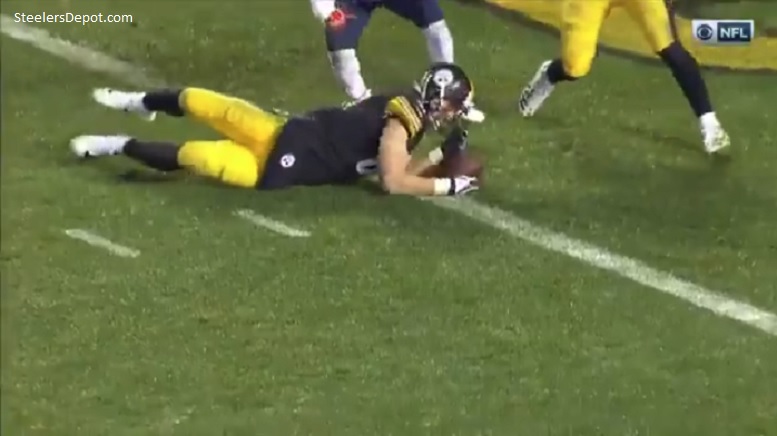 The New England Patriots were just 1-2 after three games, as the Pittsburgh Steelers were just 1-1-1 after their first three. Since then, the Steelers have gone on to a 5-1 record, including a five-game winning streak, that has them sitting at the top of their division at 6-2-1.

The Patriots themselves were riding a six-game winning streak up until they met the Tennessee Titans yesterday and Bill Belichick faced is former protégé, rookie head coach Mike Vrabel. The Titans ended up beating the Patriots so badly—34-10—that Brian Hoyer came into the game to close things out.

Thanks to that, the Patriots are now 7-3, having yet to have their bye week, and that gives the Steelers a better winning percentage, thus control over the number two seed.

Still, that doesn’t actually change anything as far as it concerns their head-to-head matchup later on this season. As it currently stands, they still can’t afford to lose to the Patriots and finish with a better record. A win is still a must, for now.

What it does do, however, is provide them with a bit of breathing room. Now, they can actually afford to lose another game between now and then, or afterwards, and still have a better record, since the Patriots would necessarily have four losses, and the Steelers would have three losses and a tie.

Which is nice, considering that they still have some big games against the Los Angeles Chargers and the New Orleans Saints on their schedule, both teams who have a better record right now than either the Steelers or the Patriots.

By virtue of the Patriots’ loss yesterday, Pittsburgh now has the wiggle room to drop one of those games and still be in control of their path toward a playoff bye week. Which is a good thing, because New England’s remaining schedule is less daunting, significantly.

The only team other than the Steelers on their schedule currently with a winning record being the Minnesota Vikings, after the Miami Dolphins lost today to go 5-5. They have two games remaining against the New York Jets, including their road game coming out of a bye, as well as games against the Dolphins and the Buffalo Bills. Four of six being divisional games.

In other words, it’s quite reasonable to expect that the Patriots will go 5-0 in their five remaining games against everybody that’s not Pittsburgh. So while their loss yesterday gives them leeway in terms of the rest of their schedule, they still can’t afford to drop that game against New England. Of course, if they manage to lose one of their next three games before then, the story changes.