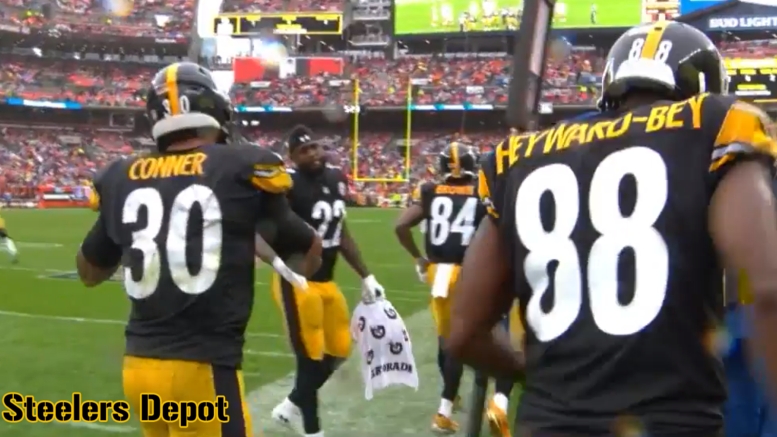 The first opportunity that Pittsburgh Steelers offensive coordinator Randy Fichtner got to work with Le’Veon Bell in that particular capacity was during the Pro Bowl. He told reporters during that week that he was looking forward to working on some ideas, ways to utilize the running back in his offense this coming season.

Yesterday, he told reporters that the Pro Bowl was the last time that he even spoke to Bell, so he never really even had any time to be concerned with how he would use the running back, since he was never present for it to be relevant.

Reporters asked him about at what point during the 2018 regular season he began to feel comfortable with the running back position sans Bell, but he responded by saying, “I don’t know that I was ever uncomfortable with the people here”, according to the team’s communications department.

“I really didn’t get a chance to think about it much because Le’Veon was never here and then left”, he said. “The experience would be lower, but we had capable guys here. They just happened to be less experienced.

That group of running backs includes second-year James Conner clear at the head of the pack, who ranks top five in many statistical categories including rushing yards rushing touchdowns, and yards from scrimmage. Fichtner has said that there was no eureka moment for the second-year back, who had just 32 touches as a rookie.

It was because of the work that Conner was doing, and that he was doing with Conner, that he never really had time nor cause to concern himself with Bell’s absence—and to his credit, he did early on in the season comment on Bell’s absence by saying that he considered it a waste of time to think about how they would use him until he was actually there.

But it’s not just Conner, of course. There’s also veteran Stevan Ridley and rookie Jaylen Samuels. “I love where we’re at there” at the backup running back position with those two, he said. “I think Coach [James] Saxon has done a great job with them. I know they’re prepared. They’re begging for more opportunity, really”.

He also complimented the work that Samuels has put in, saying that he’s “done a nice job every chance he’s been in there, so I’d look forward and kind of be excited about their opportunities”.

At the moment, Conner is on track to play after practicing two days in a row following a concussion last week, so Fichtner should have his full stable of running backs available to him. which should make him very happy.