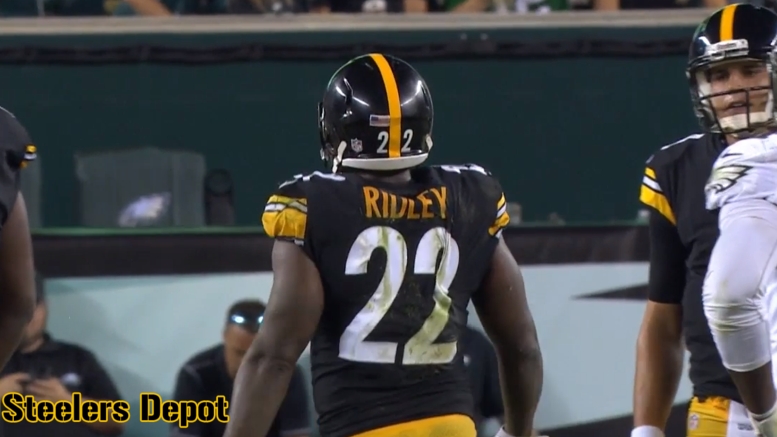 Stevan Ridley is a running back with legitimate, tangible success at the NFL level in his past. So when he came in at the end of the 2017 season for a brief cameo and played well, it was a virtual no-brainer for the Steelers to re-sign him in 2018 for a low-value contract and give him an opportunity to compete.

It’s fair to wonder in hindsight if he would have even made the roster if Le’Veon Bell were here, however, as they also had James Conner and drafted Jaylen Samuels. Albeit a fifth-round pick, he was somebody whose skill set the team valued, as has shown over the course of the season as the rookie surpassed Ridley on the depth chart.

In all, Ridley carried the ball just 29 times during the year, gaining a whopping 80 yards. He did score one touchdown. He caught three passes for 18 yards as well. But his season was instead defined by his two fumbles, both of which the team lost.

The first of his fumbles came in the second game against the Cleveland Browns, but which fortunately did not prove to be costly. He did not carry the ball in that game. It instead came on a reception, the last he would have for the year.

In fact, he would only touch the ball in four of the final nine games, one of which only because Conner was being rested on a short week. The other three games were also while Conner was injured. And as is the theme, his last touch was a fumble.

That turned the Steelers’ season, coming against the New Orleans Saints in a critical spot, getting a carry on third and two in Saints territory, which helped new Orleans come back and take the win. It’s unlikely that Ridley will be brought back for a third season in Pittsburgh.