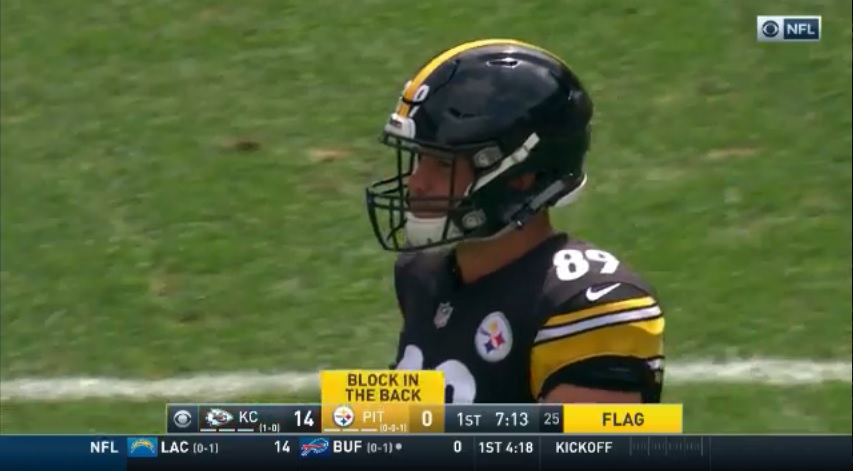 Even if you concede the NFL is throwing the yellow flag more often this year, the Pittsburgh Steelers are getting penalized more than anyone else through the first two weeks.

And it’s not even close.

The Steelers lead the NFL with 24 total penalties, six more than the second-place team. They have 16 more than the league-best New England Patriots – and of course Belichick and company are tops in the league, just to add salt in the wound. No surprise the Steelers also lead in penalty yards with 206, the only team above 200 thus far.

During the first two weeks last season, they were penalized a league-high 23 times for a league-high 216 yards. A 2-0 start masked those problems and ultimately, the Steelers cleaned things up, finishing with the 12th fewest of them by season’s end.

So maybe things will get better. But this time, there’s a lot more pressure this time around to fix it. And fast.

Not all of the penalties could be considered fair. Dave Bryan made a good point back on Monday’s podcast that the illegal blindside block on Tyler Matakevich against the Chiefs was a ticky tack call. Less of a blindside hit and more of a gentle nudge. Maurkice Pouncey was called for a questionable holding call on the goal line back in Week One. I get all that.

But all 31 other teams could say the same thing. So it’s a wash.

How the Steelers are hurting themselves is important too. Dave also pointed out Monday that six of the Steelers’ 12 penalties were non-contact: offsides, illegal formations, false starts. Things entirely within team control and easy calls for the referees. Those aren’t judgment calls.

Monday’s opponent is on the other end of the spectrum. Tampa Bay has been flagged just 11 times this year, one of the lowest marks in the league,

For Pittsburgh, it’s back to fundamentals. Offense, defense, special teams. And in all phases, avoiding the easy, dumb flag that can kill a drive or change a game.