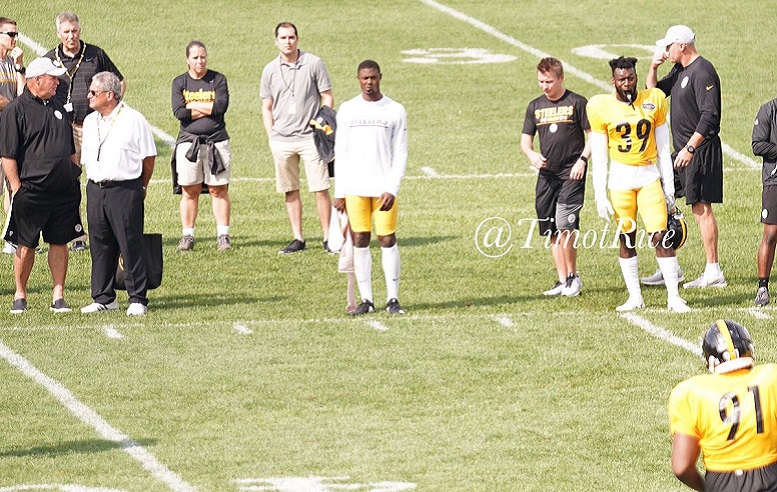 The Pittsburgh Steelers fifth training camp practice of 2018 took place Monday at Saint Vincent College in Latrobe and as we previously reported earlier in the day, the players who failed to finish the team’s Sunday session failed to work on Monday.

After practice was over, Steelers head coach Mike Tomlin said he hoped to have some of those ailing players back in some capacity on Wednesday, after the team’s first off day on Tuesday.

“The other guys are nursing more short term injuries. We’ll manage those guys day-to-day, we’ll see what those guys look like as we come out of tomorrow’s off day with an eye toward at least partial participation in some form or fashion when they come back,” Tomlin said.

Cornerback Artie Burns (groin?) failed to finish Monday’s practice and Tomlin was asked about him during his very short media session.

“Nothing significant,” Tomlin said. “They are one of those day-to-day type of things.”

Burns, by the way, had his groin area wrapped after he left following an 11-on-11 session.

As for safety Morgan Burnett (hamstring) returning to practice on Monday for the first time since last Thursday, he wound up only being a very limited participant, according to Tomlin.

“He’s further along in the bounce back process,” Tomlin said.

“He had a hyperextension and a bruise on his knee, his right knee,” Tomlin said. “They’re speculating that it could be four weeks or so.”