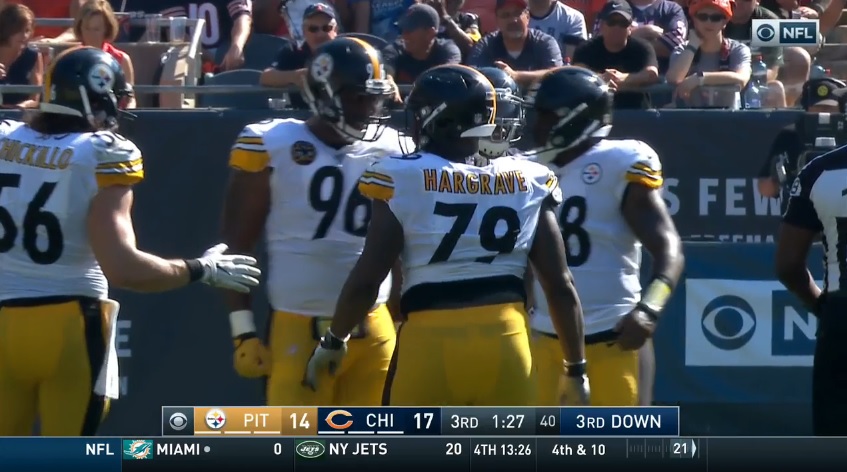 We talk plenty about head coaches and coordinators on here. It’s easier to evaluate their job. For the head coach, win or go home. For the coordinators, have your units be successful in points for or allowed. We know their role, their control over the team, and can better see their impact after kickoff.

For assistant coaches, that evidence is much murkier to see. How can we evaluate the job Carnell Lake did? What about James Daniel, one of the most forgotten members of the Pittsburgh Steelers’ coaching staff?

Obviously, we can learn from what the players say and a group’s overall performance. The public praise of Mike Munchak, the effectiveness of that group. But sometimes that’s painting with too broad of a brush, positive or negative.

John Mitchell was considered one of the best defensive line coaches in football. His longevity, the Pro Bowlers he created, how highly his players spoke of him. But I want to give a specific example of a coaches’ teachings and philosophy and how that manifests itself onto the field. It relates to elevating Javon Hargrave’s game and totally changing his mindset.

When Hargrave was drafted out of South Carolina State in 2016, it was a selection driven by Mitchell. He went down to his Pro Day, worked him out, and vouched for him on draft day. Mitchell was clearly excited about drafting him but in his always blunt manner, pointed out the things he needs to work on.

That was something clear watching him and dominating in college, one of the few flaws in his game. Here were the only negatives I could come up with pre-draft.

– Decent length relative to frame but on shorter side compared to most (32 inch arms)
– Faced poorer competition in FCS/games watched, make context difficult to judge, and will have to make NFL jump
– Want to see slightly better effort running after the football once it crosses the line of scrimmage

Fast-forward two years into his career and Mitchell instilled that idea in Hargrave. That comes from coaching and following the lead of players around him; few chase the ball harder than Stephon Tuitt and I think Cam Heyward is the best effort defensive linemen in football. Hargrave isn’t quite on that level because he’s so bottom-heavy but the effort is there.

Let’s take a look at a couple examples, all from last season.

Here’s my favorite. Screen against Detroit. Hargrave ends up on the ground as the center peels out. Easy for him to just quit on the play, he knows the ball isn’t going to be anywhere near him. But he gets back to his feet, runs to the ball, and ends up recording the tackle nine yards downfield.

Same thing here. Empty set, Joe Flacco hits RB Alex Collins to the right side. Hargrave doesn’t have to run to the ball but it’s what he’s been taught. Collins breaks a couple tackles but Hargrave nails him from his blindside, knocking the ball out, though the Ravens recovered it.

If Hargrave isn’t there, Collins probably stays on his feet and those missed tackles would’ve cost the Steelers some serious YAC. Maybe even a TD.

Now let’s look at one against the run, back in the Week 4 matchup against Baltimore. Run to the perimeter. Hargrave works down the line, keeps vision on the football, leaps over a body, and helps on the tackle.

That certainly wasn’t his original responsibility but Hargrave showed the effort to make the play.

Those are plays Hargrave isn’t making if he was still in college. He didn’t have to. He was dominant at a level rarely seen so why chase down the ball if it isn’t close? That’s someone else’s job. But in the NFL, every down matters, and Mitchell’s cardinal sin was any player who dare take one off.

To hear Hargrave tell it now, as Dave Bryan wrote about yesterday, that sort of effort is second-nature.

“In college, I didn’t even know what running to the ball was, I was just trying to make the play,” Hargrave said. “Now, that’s all I know right now and that’s something you can’t take from me right now.”

Running after the ball isn’t the defining aspect of his game or the position that he plays. But that is a tangible benefit Mitchell’s coaching had to make a really good player even better. Hopefully, Karl Dunbar has a similar impact.