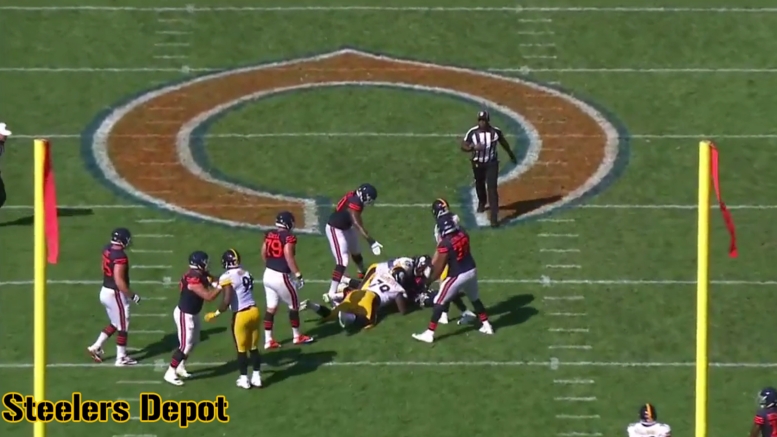 If you’ve seen any pictures of Pittsburgh Steelers defensive tackle Javon Hargrave the last few weeks you probably think he’s gotten a little leaner. While he hasn’t lost any weight, Hargrave said Thursday during an interview on Steelers Nation Radio that he did really focus on his eating habits during the offseason in an effort to replace some fat with muscle.

“Nah, I’m really the same weight,” Hargrave said Thursday. “Just trying to eat better and putting the right things in and just learning from my last two years just what other guys do.”

While Hargrave admits that he hasn’t completely abandoned eating burgers and fries, he is eating more fish and vegetables these days. Also according to Hargrave, he feels like he’s even quicker off the snap of the football now that he’s made changes to his diet this offseason.

“I’m moving a lot better than I was last year, I feel,” Hargrave said. “So, that’s my thing to the game, I ain’t really the biggest, but I feel like I can get off the rock.”

Hargrave, who is now in his third year with the Steelers after being drafted by them in the third-round of the 2016 NFL Draft out of South Carolina State, has registered just four sacksso far during his short NFL career and he’s hoping to increase his two per season average in 2018. He also doesn’t think luck plays a role in that stat.

“Yeah, I’m coming for them sacks,” Hargrave said. “I don’t think they’re lucky, I think it’s lucky when I don’t get it.”

With this being Hargrave’s third season in the NFL, he, and a lot of other people for that matter, are expecting to see him make a huge jump in 2018.

“I’m planning on this second to third [year] to be even more of me just knowing a lot more things than I did last year,” Hargrave said. “So, yeah, I think it’s going to be a huge jump for me. Like they say, your third year – the first two is okay, but the third year is pretty big. It’s got to be a big jump for me.”

New Steelers defensive line coach Karl Dunbar will hopefully play a big role in Hargrave making a huge jump in year-three and the young defensive tackle admitted Thursday he’s already learned quite a bit from his new position coach and that the transition from John Mitchell to him has gone smoothly.

“Coach Dunbar knows a lot,” Hargrave said. “He shows us a lot of stuff that I’d never knew. like with many of his drills and things like that, I never knew. He’s really teaching us a lot. That’s why I say, I’m learning some more pass rush stuff.”

Hargrave also pointed out how Dunbar and Mitchell really have different coaching styles.

“They both are like great coaches and smart in there own ways,” Hargrave said of Dunbar and Mitchell. “Different coaching styles. Coach Mitch, he’s got a different way of going about things and Coach Dunbar is more, I guess patient, and trying to teach you the right things to do like that.”

While the Steelers seem to be slowly phasing out Mitchell with more coaching by Dunbar, Hargrave admitted that the former of two coaches certainly taught him how to run to the football and that he’s not soon going to forget how important that element of the game is.

“In college, I didn’t even know what running to the ball was, I was just trying to make the play,” Hargrave said. “Now, that’s all I know right now and that’s something you can’t take from me right now.”

As for the back injury that Hargrave reportedly suffered prior to the Steelers Divisional Round playoff loss to the Jacksonville Jaguars, the defensive tackle refused to use that as an excuse on Thursday.

“I ain’t going to say it limited me, but it was some pain,” Hargrave said. “But I mean, that’s what comes with the game, so it wasn’t really no excuse of any injury or anything like that. It was just something I was dealing with that I think we all have to deal with playing this game.”