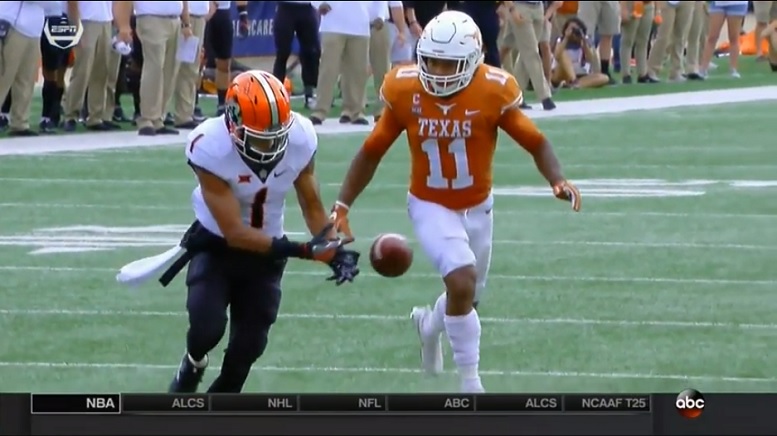 This series of posts will continue now with Rudolph’s seventh game of 2017 against Texas in which he completed 25 of 38 pass attempts for 282 yards with no touchdowns and no interception in that 13-10 road overtime win.

As far as Rudolph’s deep pass attempts (16 yards or longer) against Texas, he was 4-of-9 for 138 yards with no touchdowns and no interceptions. Its worth noting, however, that he had a deep potential touchdown pass dropped. Additionally, one incompletion was a Hail Mary and another deep pass late in the game was interceptable. Of Rudolph’s 38 total pass attempts against Texas, three in total were dropped. Additionally, two registered attempts and completions came on end-around plays that included Rudolph merely flipping the football to the wide receiver instead of handing it off.

Inside the red zone against Texas, Rudolph was 1-of-3 passing for 10 yards with no touchdowns and no interceptions and one was dropped.