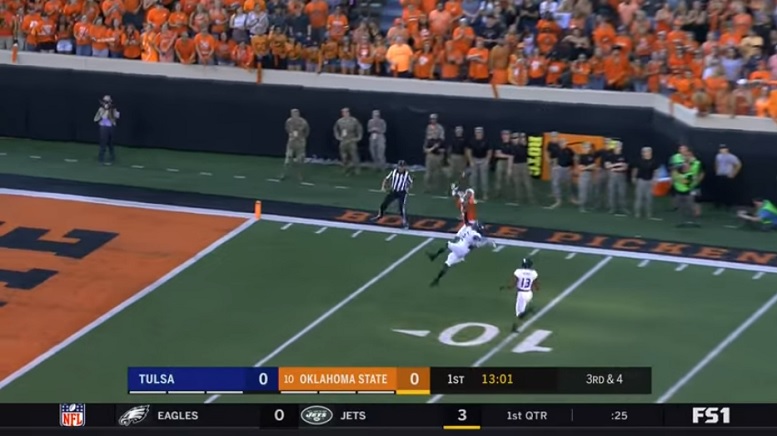 We have plenty of slow time to fill before the Pittsburgh Steelers start their 2018 training camp in Latrobe and in order to attempt to do so, I will have series of posts dedicated to contextualizing all of the pass attempts made during the 2017 season at Oklahoma State by rookie quarterback Mason Rudolph. This series of posts will be by game and include all pass attempts being charted in a table with each play linked to the video for you to watch.

This series of posts will begin with Rudolph’s first game of 2017 against Tulsa in which he completed 20 of 24 pass attempts for 303 yards and 3 touchdowns in that 59-24 win.

9 of Rudolph’s 24 pass attempts against Tulsa included the football being thrown at a player who was behind the line of scrimmage as part of a screen. 8 of those 9 attempts were completed with the lone incompletion being a drop. Those 8 completions resulted in 23 yards being gained.

As for Rudolph’s third down pass attempts against Tulsa, he was 4-of-5 with four attempts being thrown either at the chains or beyond.

Inside the red zone against Tulsa, Rudolph was 1-of-2 passing for 3 yards.