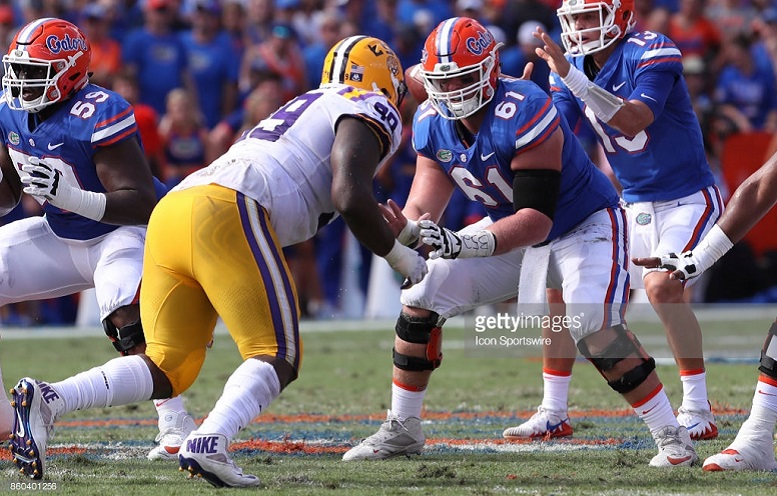 Defensive tackle Greg Gilmore was one of the Pittsburgh Steelers 13 undrafted free agents signed several weeks ago and since then there’s been quite a bit of buzz about the LSU product. At LSU, Gilmore registered 10 total sacks over the course of four seasons with 7.5 of them coming during the 2017 season.

I managed to track down all of Gilmore’s college sacks and compiled them in a video so they can be contextualized.

As you can see in the play-by-play breakdown of Gilmore’s 10 career sacks at LSU, only six of them were scored as being solos. His other four were the result of eight half sacks. Unfortunately, Gilmore didn’t register too many high-quality sacks during his college career at LSU. With that said, quite a few of them were a result of great overall effort.

I think you will notice in the video that Gilmore possesses some active hands in addition to a strong motor when it comes to him rushing the passes on these particular plays that resulted in sacks.

At his March pro day, Gilmore, who was not invited to this year’s scouting combine, reportedly measured in at 6032, 305-pounds. He did do 21 reps on the bench and ran his 40-yard-dash in 5.14-seconds.

Below the video and table are links to the full games that these sacks were pulled from if you would like to watch other aspects of Gilmore’s play while at LSU.