Some Tuesday housekeeping for ya. Pittsburgh Steelers’ linebacker Tyler Matakevich appears to be recovering nicely from offseason shoulder surgery. Earlier today, he posted this photo on his Instagram with the caption mentioning his sling has been removed. 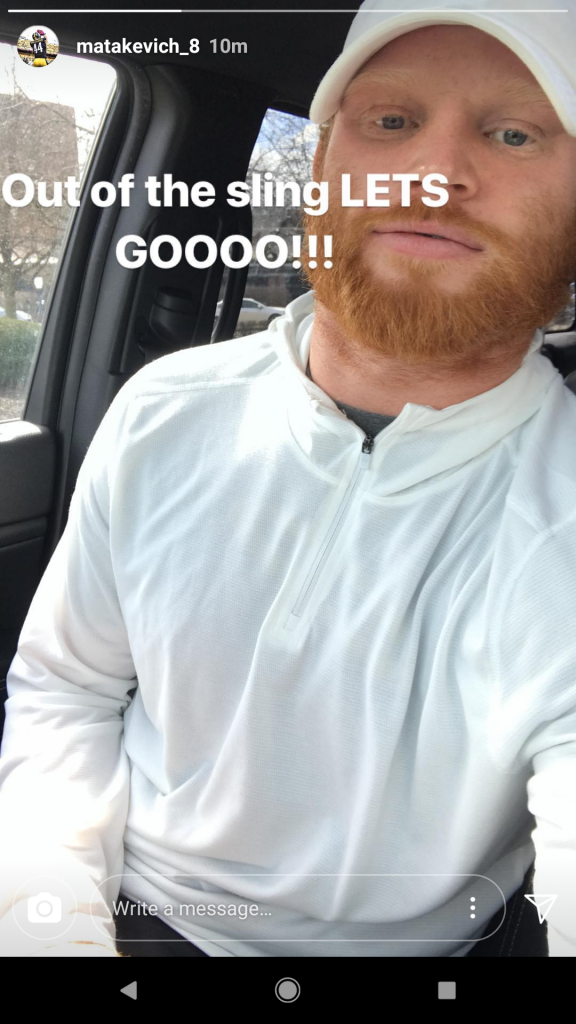 Matakevich underwent shoulder surgery about a month ago after tearing his left labrum against the Cincinnati Bengals. He gutted it out the rest of the season but due to the injury, didn’t see any snaps on defense. It thinned out the ILB position even more as Sean Spence struggled the rest of the way.

Based on the path he seems to be on, it stands to reason he will be available for OTAs and minicamp in the spring. Kevin Colbert recently spoke highly of the man they call Dirty Red, reminding fans not to forget about him when it comes to the vacant ILB position left by Ryan Shazier. The Steelers seem to be high on Matakevich, maybe not as a starter, but definitely as a top backup at both spots.

“I think we lose sight of the fact Matakevich was hurt (after Shazier). He was our No. 1 backup. We couldn’t play him at linebacker,” Colbert said last week.

Still, they’re also expected to add to the group through free agency, the draft, or both.

Last year, he recorded nine tackles, blocked one punt, and deflected another, continuing to be a strong asset on special teams.