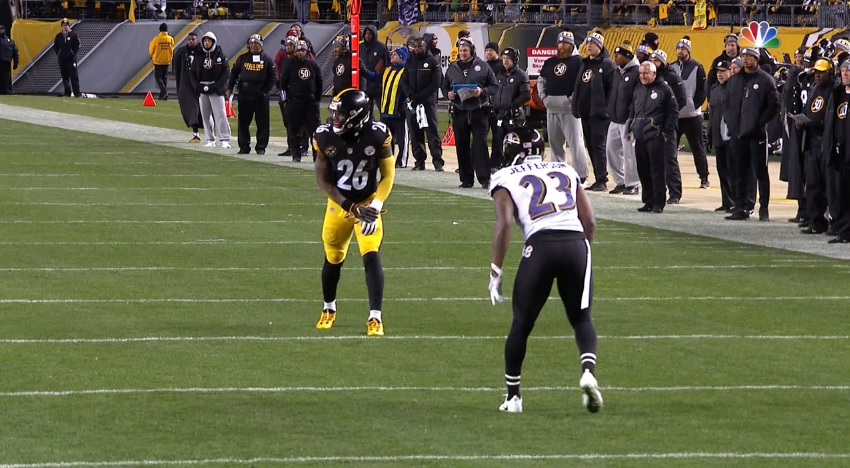 Quick film room breakdown on Christmas morning (and a very Merry Christmas to all of you celebrating). Two route concepts I think can beat the Houston Texans and help compensate for the loss of Antonio Brown. Good scheme can overcome a loss in talent, even when that talent is the best receiver in the world.

First one I’d look at is the dragon (slant/flat) combo. The Texans tend not to pass off receivers, a banjo call. Their corners do play on different levels, which is key, but still can get rubbed and rerouted trying to work through the trash. Two examples of the concept working, even if in the first one, the pass fell incomplete.

And this is something in the Steelers’ playbook too. Empty set and split Le’Veon Bell out wide. Like another receiver in space. You either have to burn a corner on him or take your chances with a linebacker. Here’s an example from two weeks ago, Bell beating the corner on the slant for the sx

The other is the mesh concept. Todd Haley made it a staple in the Steelers’ playbook late last season and it’s popped up several times this year. Haley won’t run it with just a tight end like it is in the traditional sense. Here’s the mesh from last week, JuJu Smith-Schuster’s 69 yard run, with Martavis Bryant setting the “pick.”

I didn’t find any specific examples of other teams running mesh against the Texans from what I watched. But they will play man and have their corner chase #1 in 3×1 across the field. So mesh can definitely work if you get the right look. Like here.

Simple, sweet, effective. Don’t need to be wild to beat the Texans. Use what you do best and what works best against your opponent. That’s the best way to gameplan.