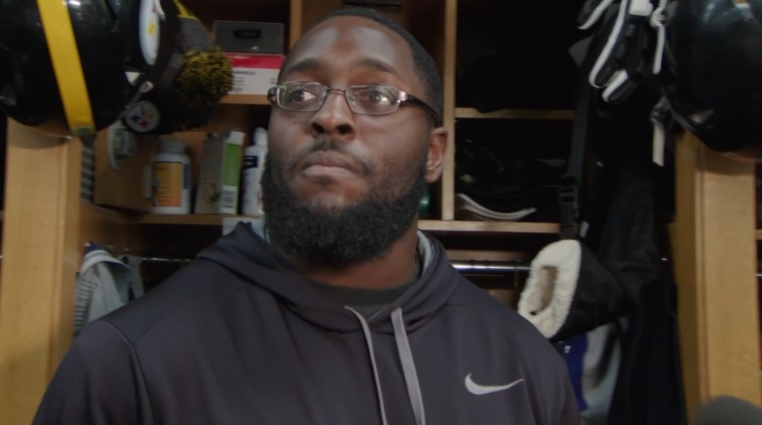 Dave Bryan brought up a really interesting point the other day I hadn’t considered. Chris Hubbard probably won’t be a Pittsburgh Steeler next year. He’s set to be an unrestricted free agent for the first time in his career and with the snaps he’s gotten this year, he’ll have the chance to compete for a starting gig somewhere else.

Not that Hubbard is worried about any of that. Speaking with reporters about taking over for Marcus Gilbert’s suspension, Hubbard said he was one priority. Get the Steelers to the Super Bowl.

“I haven’t even been focused on that,” Hubbard told reporters via the team site. “I’m focused on this year right now. I’m trying to get to the Super Bowl with this team. And that’s the main goal.”

As Matthew Marczi wrote this morning, Hubbard has the backing of his teammates and coaches. A vote of confidence he obviously appreciated.

“It means a lot. It tells that they have my back and I have their back. We’re going to continue to get better each and every week. It means a lot to me.”

Although Hubbard has been shuffled around the offensive line throughout his career, he’s a natural tackle, playing there at UAB. What he lacks in size, he’s one of the smallest tackles in the league, he makes up for with technique that makes him an effective run blocker and serviceable pass protector.

Calling himself his biggest critic, Hubbard was also grateful for the teaching Mike Munchak has provided.

“Coach Munchak does a great job getting us prepared. He coaches each player and that helps out the o-line pretty good.”

He and the Steelers will enter Sunday against a Green Bay Packers team struggling to get to the QB. They have only 21 sacks this season, tied for 20th in the NFL, and will be missing one of their key run-stuffers. Nose tackle Kenny Clark will miss with a leg injury suffered in last week’s loss to the Baltimore Ravens. The Packers have allowed at least 20 points in each of the last six weeks, though their offense has done them no favors, meaning the Steelers have a chance to extend the success they enjoyed last Thursday.