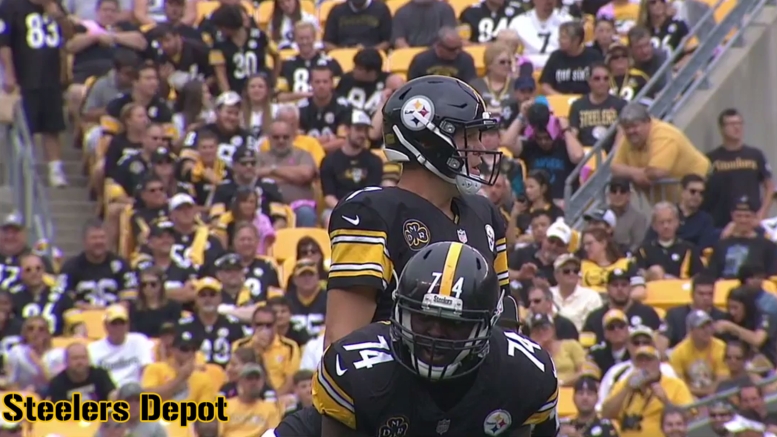 Considering the fact that Chris Hubbard has already been in the starting lineup for the majority of the season for the Pittsburgh Steelers this year, there has been a lot of hand-wringing going on out there about the sudden absence of Marcus Gilbert and how that will affect the offense’s productivity.

You may have seen some people try to dig out statistics without context or nuance, some of which were not even properly divided based on who was playing when, since Gilbert played in only portions of two of his five starts. Of course, we, who do our own charting for every game, are the only ones whose statistics relative to the player I can fully vouch for, and we will also provide context.

Based on what I’ve seen from Hubbard this year, I would not anticipate Gilbert’s absence being much of a hindrance, if at all, to the offense, provided that everybody else stays healthy. I’m not looking forward to the idea of seeing Matt Feiler starting a game at right tackle…or left tackle.

More importantly, Hubbard has the trust and confidence of his teammates, who have seen what he does on a daily basis for years. He is officially in his fourth NFL season, but he spent his rookie year on the practice squad, and so has been with the organization for five years already, since 2013.

And he has steadily improved in each season, even in spite of the fact that he has had some ugly spurts in preseasons past—especially early on in his transition to becoming center-capable. It was a botched snap a couple of years ago that resulted in Bruce Gradkowski’s preseason injury and ushered in the frightening albeit brief Mike Vick era.

As I’ve written about previously, Mike Tomlin talked about the next man up being a “non-discussion” at right tackle because Hubbard made it such. And to be clear, Tomlin said this when Gilbert returned, so it’s not as though he could be accused of saying it for the sake of putting a positive spin on a bad situation.

While Ben Roethlisberger during his radio spot yesterday was likewise complimentary of Hubbard and his performance this season, he also did acknowledge that the absence of Gilbert will cause some issues for the offense, beyond merely depth.

He mentioned the continuity and chemistry between Gilbert and David DeCastro, the Steelers’ right tackle, the two of whom have started a number of games together over the course of the past few years, which is certainly a valid point to make.

But he also said missing a player like Gilbert “hurts us in terms of some of the extra stuff we do”, that “so much of the offensive stuff that we like to do is hurt as well”.

This comment actually surprised me, as I’m not sure what he might be referring to. Hubbard gets out in space and pulls about as often as does Gilbert, for example, and I’ve observed in my charting no rise in assistance from backs and tight ends in pass protection. In fact, tight ends are very rarely used in protection anymore, even for the Steelers.