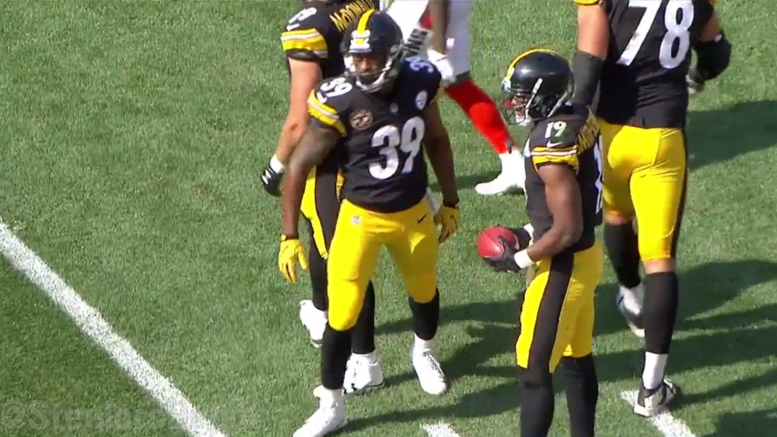 Terrell Watson, the definition of an afterthought as training camp began, now sees the ball on some of the game’s most critical plays. “Nightmare,” as he’s been dubbed by Mike Tomlin, has been used as the third-and-short back this season. He’s been perfect. Three third down carries. Three first downs.

His first chance came against the Chicago Bears, diving forward to convert a 3rd and 1 in the red zone. He did similar a week later against Baltimore and converted yet again in last week’s win over Kansas City. There’s nothing graceful about it. See yard. Get yard. Watson’s “demeanor,” as Tomlin has always pointed out, is no-nonsense. At 240 pounds, he embodies what it means to be a downhill runner, throwing his weight forward at the end of each run.

“Nightmare has done a good job,” he said via the team website. “He’s done a good job so far. He’s a big guy that we liked in the preseason. Consistently got yards. He’s trying to carve out a role for himself.”

If anything, his role is more defined than that of James Conner, who has seen a couple more snaps, but have been more haphazard. Haley said Conner’s main focus has been on special teams; on the year, he has 14 rushes for 69 yards.

Watson hasn’t embarrassed himself on special teams either and is blowing out Conner in snaps on football’s third unit. 87 for Watson, 21 for Conner. Conner’s work has primarily come on kick returns, used as part of the wedge, while Watson has been used as a returner there, too, in addition to the punt block team.

It’s tough to justify Le’Veon Bell ever coming off the field. And the snap percentages show that. Bell leads the position league-wide with 89% of the snaps. But Watson fits the bill for the situation. Big, bruising, and fresh off the bench. The Steelers tried it with DeAngelo Williams in the past to more limited success. Watson’s chances may be limited. But the success is clear.